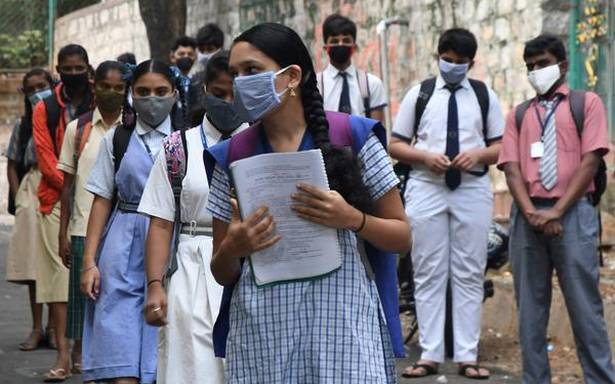 Instead of a uniform policy for reopening schools across the State, the Karnataka government is contemplating having a decentralised system where the decision will be based on the local circumstances.

A final decision will be subject to the recommendation made by the task force which has been set up to suggest measures for reopening schools. The online classes, however, will commence from July 1.

“The task force will be set up in a couple of days and will have subject experts, members of the Technical Advisory Committee, and experts on children issues. Once the report of the task force is received, a decision will be made,” Minister for Primary and Secondary Education S. Suresh Kumar told presspersons here on Monday. Besides the opening of schools, several decisions, including the reintroduction of the Vidyagama programme, will be taken based on the task force recommendations, he added.

Meanwhile, as the online classes commence on July 1, recorded programmes on DD Chandana channel will be available for students. More than 22,000 pieces of audio and video lessons are already available on the e-Daksh portal.

A survey last year had found that 39% of students in Karnataka did not have any kind of access to a mobile/computer device to continue their education in the online mode. “It is a big challenge and a majority of those without access to a device are in rural areas. To contact them, we have started a mentor system,” the Minister said. “We will explore new possibilities to ensure children do not miss out on education.”

The Karnataka High Court hearing on partial waiving of tuition fee for the last academic year when schools were closed is coming up on Tuesday and the government, which has sought a committee under a retired HC judge to give suggestions, is awaiting court direction.

The Minister for Primary and Secondary Education S. Suresh Kumar said, “There is a need for mutual understanding between parents and school management. The government intervened to direct a 30% waiver last year which is now before the court.”