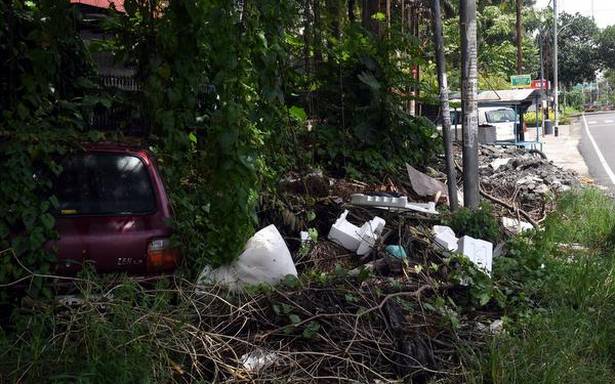 The Kochi Corporation will open the single bid it has received for operating its solid waste management plant at Brahmapruam, it was decided at the Corporation Council meeting on Monday.

Incidentally, a section of the Corporation councillors were opposed to the civic body considering the only bid it had received in response to its advertisement inviting companies to run the plant. Though the contract for running the plant, which was awarded to a company, had expired way back in 2011, the company had been running the unit on an ad hoc basis.

The Corporation Secretary informed the council meeting that the company, which submitted the bid, appeared to have four years of experience in running such ventures and the delay in setting up a new plant and managing the waste would invite hefty fine on the civic body and the councillors.

The Secretary also brought to the notice of the council the ₹1 crore fine slapped by the Kerala State Pollution Control Board on the civic body and the strictures passed by the National Green Tribunal for faulty handling of the municipal waste.

After the heated debate, the council decided to open the bid submitted by the firm and evaluate its legal validity. The meeting also decided to initiate proceedings for setting up a new plant.

Mayor M. Anilkumar also informed the council that the Corporation would try the online route for issuing birth and death certificates from Tuesday, on an experimental basis.

The meeting has decided to form two squads to curb the practice of dumping waste at public places. The two teams will hit the road by September 10.