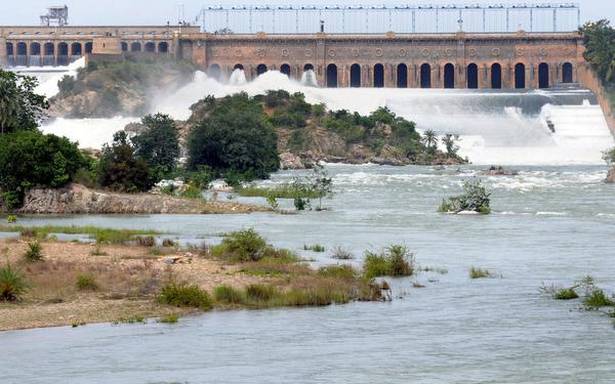 Former chief minister H.D. Kumaraswamy has been sparring with Mandya MP Sumalatha Ambareesh over this issue

Amidst a verbal duel between former chief minister H.D. Kumaraswamy and Mandya MP Sumalatha Ambareesh over the safety of the KRS dam in Mandya district, the Karnataka government on Friday clarified that the dam is safe and there is no structural defect in the body of the structure.

K. Jaiprakash, Managing Director of Cauvery Neeravari Nigam Limited, clarified that the Dam Rehabilitation and Improvement Project consultant and Dam Safety Review Panel (DSRP) inspected gates of the dam on July 2 and that there is no structural defect in the wall of the structure.

Karnataka had received an award in 2017 for excellent civil works at the KRS dam under the Dam Rehabilitation and Improvement Project of the World Bank.

Illegal mining in the vicinity of the dam is said to be the major reason for renewed rivalry between the former chief minister and the MP. Mr. Kumaraswamy courted controversy when he told the MP to ‘sleep in front of the sluice dates of KRS dam to prevent seepage’.

Ms. Sumalatha had defeated Nikhil Kumaraswamy, the JD(S) candidate and son of Mr. Kumaraswamy in the 2019 Lok Sabha elections.