Legal language in India is sometimes beyond understanding, often boring. George Orwell may have the solution. 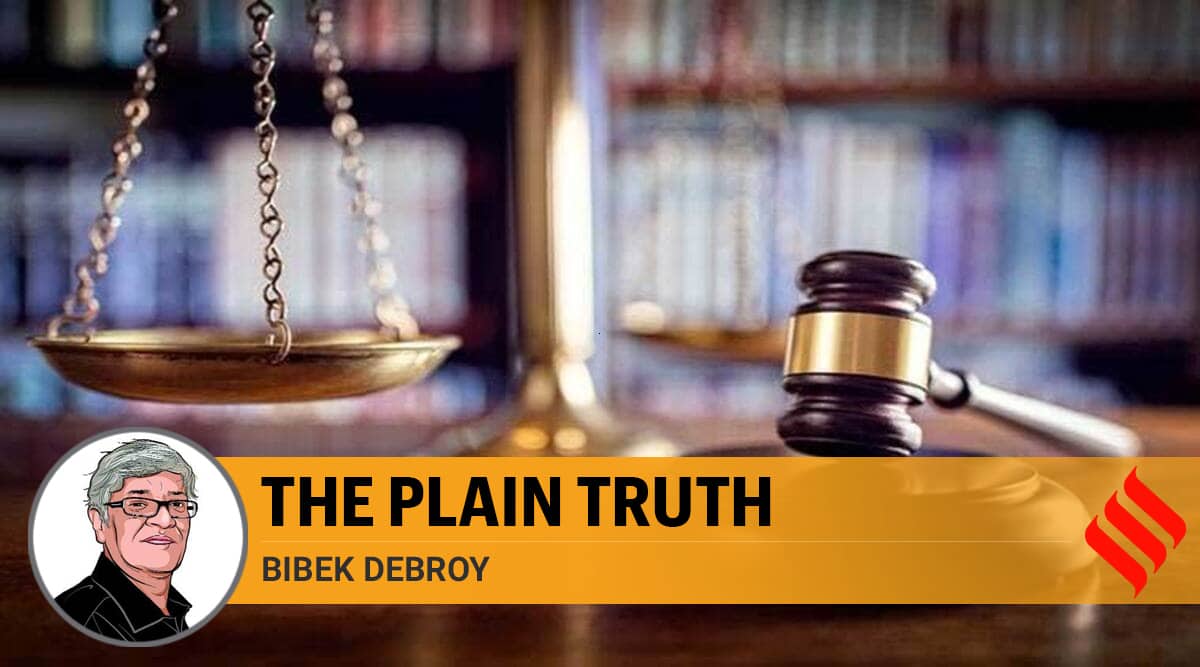 Subhash Vijayran (a lawyer) has recently filed a PIL in Supreme Court (Subhash Vijayran vs Union of India). He wants the legislature and executive to use plain English in drafting laws, the Bar Council to introduce plain English in law curricula and the Supreme Court to only allow concise and precise pleadings. He begins the synopsis to the writ petition in the following way. “The writing of most lawyers is: (1) wordy, (2) unclear, (3) pompous and (4) dull. We use eight words to say what can be said in two. We use arcane phrases to express commonplace ideas.” Reacting to the plea, the Supreme Court has asked the Ministry of Law and Justice and Bar Council to respond. Everyone will empathise with Vijayran. But he avoided mentioning the judiciary, though lawyers do turn judges sometimes.

A landlord was trying to evict a tenant. In this suit, in 2016, the Himachal Pradesh High Court ruled: “Even if assumingly no efficacious evidence nor any evidence of cogent worth may stand adduced qua the defendants raising any obstruction upon the suit land yet the decree of permanent prohibitory injunction dehors any obstructive act done by the defendants during the pendency of the suit before the learned trial Court or during the pendency of the appeal before the first appellate Court also dehors no scribed relief in consonance therewith standings prayed for by the plaintiffs would not estop this court to permit the executing court to carry the mandate of the conclusively recorded decree of permanent prohibitory injunction pronounced qua the plaintiffs, conspicuously when thereupon the mandate of the conclusively recorded decree pronounced qua the suit land would beget consummation besides would obviate its frustration.” Alternatively, “For facilitating its consummation, though the learned executing Court stood enjoined to pronounce an appropriate order, contrarily it by relegating the impact of the aforesaid germane factum probandum comprised in the enforceable executable conclusive decree, has inaptly dismissed the execution petition.” The entire judgment is like this and I can quote paragraph after paragraph on what is nothing but gibberish.

Such an offensive statement might expose me to Contempt of Courts Act of 1971, since anyone who “scandalises or tends to scandalise, or lowers or tends to lower the authority of, any court” is culpable. But I am protected because when the aggrieved landlord appealed before Supreme Court, two judges of the Supreme Court said, “It is not possible to comprehend the contents of the impugned order passed by the High Court.” The Himachal High Court judgment is not an outlier. Here is another judgment from the Supreme Court (Subramanian Swamy vs Union of India). “This batch of writ petitions preferred under Article 32 of the Constitution of India exposits cavil in its quintessential conceptuality and percipient discord between venerated and exalted right of freedom of speech and expression of an individual, exploring manifold and multi-layered, limitless, unbounded and unfettered spectrums, and the controls, restrictions and constrictions, under the assumed power of ‘reasonableness’ ingrained in the statutory provisions relating to criminal law to reviver and uphold one’s reputation.” I didn’t understand what this means. The next sentence, which I did understand, had only 227 words. I wonder what Lord Denning, or any copy editor, would have made of these.

When asking the Ministry of Law and Justice and Bar Council to respond, the Chief Justice of India referred to Anthony Burgess’s book (1964) Language Made Plain. There are a host of books on plain English — Martin Cutts, Ernest Gowers, Fern Rook, Joseph Williams, Richard Wydick — apart from to-do kits. My favourite happens to be George Orwell’s 1946 essay, Politics and the English Language, which was primarily directed against the Soviet Union. “As soon as certain topics are raised, the concrete melts into the abstract and no one seems able to think of turns of speech that are not hackneyed: Prose consists less and less of words chosen for the sake of their meaning, and more and more of phrases tacked together like the sections of a prefabricated hen-house… A mass of Latin words falls upon the facts like soft snow, blurring the outlines and covering up all the details.” Prima facie, inter alia, ipso facto, ab initio and ad hoc, it seems to me that court judgments also display actus reus and mens rea. Much before Plain English books, George Orwell set out six principles. “(i) Never use a metaphor, simile or other figure of speech which you are used to seeing in print. (ii) Never use a long word where a short one will do. (iii) If it is possible to cut a word out, always cut it out. (iv) Never use the passive where you can use the active. (v) Never use a foreign phrase, a scientific word or a jargon word if you can think of an everyday English equivalent. (vi) Break any of these rules sooner than say anything barbarous.” Copy editors routinely use these principles, but not the judiciary.

If you like an indigenous template, the Vidhi Centre for Legal Policy produced a manual on plain language drafting in 2017. Why are judgments so verbose? George Orwell was perceptive. “When you are composing in a hurry — when you are dictating to a stenographer, for instance, or making a public speech it is natural to fall into a pretentious, Latinised style.” Typically, judges don’t write judgments. They dictate them. No one writes like that, even with a keyboard. This is Isaac Pitman’s legacy. I mean legatum.

This article first appeared in the print edition on November 12, 2020 under the title ‘The plain truth’. The writer is chairman, Economic Advisory Council to the Prime Minister. Views are personal