While voters remain divided, Shivajirao Adhalrao-Patil, the Sena candidate in Shirur, said it seemed to be a close call. Adhalrao, who had won by over 3 lakh votes in 2014, said his margin will come down. “I think I will win by 70,000-80,000 votes,” he said. 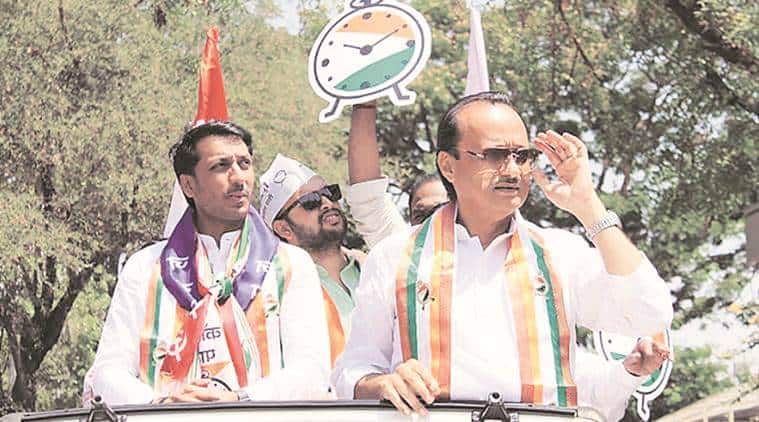 Even as discussions continued amidst voters, politicians and political pundits in Maval and Shirur constituencies over the outcome of the polling, which was conducted on April 29, there was no indication of a clear swing towards any of the candidates. While some believe both Shiv Sena candidates will retain their seats, others believe that NCP candidates will emerge victorious.

Both constituencies polled just a little over 59 per cent votes.

While voters remain divided, Shivajirao Adhalrao-Patil, the Sena candidate in Shirur, said it seemed to be a close call. Adhalrao, who had won by over 3 lakh votes in 2014, said his margin will come down. “I think I will win by 70,000-80,000 votes,” he said.

“(NCP candidate for Shirur) Kolhe put up a tough fight initially,” he added.

The NCP said it expected Amol Kolhe to win in a close contest because of the response he had received from voters.

“He was already popular before he entered the fray. When he travelled across the constituency, the way he was mobbed indicated that he can make it,” said NCP leader Vilas Lande.

Meanwhile, Parth Pawar, the grandson of NCP chief Sharad Pawar and the party candidate for Maval, on Wednesday said he was confident of his win.

“I will take the lead in all the Assembly segments,” he said.

The Shiv Sena’s Shrirang Barne, who is contesting against Parth in Maval, said Ajit Pawar’s son would become the first from the Pawar family to lose the election. “Last time, I won by around 1.56 lakh votes. This time, the margin will be similar or it will be a much bigger win,” he said.

The BJP and Shiv Sena, which were initially divided, had joined hands after the intervention of top leaders such as Chief Minister Devendra Fadnavis and Uddhav Thackeray.

The Sena has retained the Maval seat since 2009. In the 2014 elections, Barne had defeated candidates including Laxman Jagtap, then an Independent, who was considered a strong contender. The Sena leader had secured around 1.37 lakh votes when compared to around 60,000 votes by Jagtap.

NCP leader Yogesh Behl said Chinchwad was a worrisome segment for Parth. “But we are sure that votes cast in his favour in other constituencies will reduce his deficit in Chinchwad,” he said, adding that the party expects Parth to win by around 40,000 votes.

Behl said it would be a big blow to the Pawar family and the NCP if Parth loses.

“And that is the reason the party went all out to win Maval and we are 100 per cent confident of winning the seat,” he claimed.

Reacting to Behl’s claim, BJP MLA Laxman Jagtap said the party was already in a celebratory mood. “Our party will win at the national and state level. In Maval too, Barne will win by more than one lakh votes,” Jagtap said, adding that the party has ordered 125 kg pedhas to celebrate its “spectacular show tomorrow”.