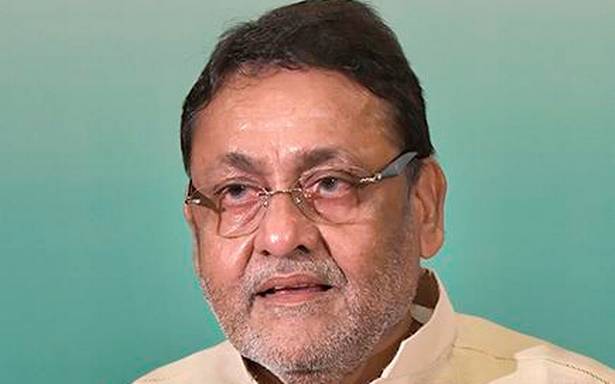 Talking to reporters, the NCP spokesperson Nawab Malik said many power plants are not operational due to the shortage of coal.

The Nationalist Congress Party (NCP) on Tuesday alleged that the Modi government was responsible for the current shortage of coal in the country, which has caused a shortfall of the fuel supply to several power plants.

Talking to reporters, the NCP spokesperson Nawab Malik said many power plants are not operational due to the shortage of coal. Despite importing the fuel, the shortfall remains. This is also leading to spending the foreign exchange, he said.

During the tenure of the erstwhile UPA government, the then Prime Minister Manmo han Singh had come up with a coal policy keeping in mind the electricity requirements of the country in the future, he said.

But the BJP, then in the Opposition, alleged a coal scam and the policy had to be rolled back, said Mr. Malik, a senior Minister in the Maharashtra government. Eventually, coal mines were given to some entities, but mining has not yet started there, he said, adding that despite the availability of coal, it is not being mined, the NCP leader said.

“The Modi government is responsible for the shortage of coal,” he said.

As per the government data, the number of non-pit head plants with less than four days of dry fuel stock (supercritical stock) increased to 70 this Sunday compared to 64 a week ago on October 3.

According to the latest coal-stock data of the 135 plants with over 165 GW of installed generation capacity monitored by the Central Electricity Authority (CEA), as many 70 plants are categorised as super-critical stock or having less than four days of fuel on October 10, 2021, compared to 64 a week ago on October 3, 2021.

The Central government has asked State-owned Coal India Limited (CIL) to augment the coal supply to power producers to 1.55-1.6 million tonnes (MT) per day around the Durga Puja period and to further scale it to 1.7 MT per day after October 20.

The Coal Ministry on Sunday assured that sufficient dry fuel is available in the country to meet the demand of electricity generating plants and stressed that any fear of disruption in the power supply is “entirely misplaced”.

Officials had attributed the shortage of coal to the disruption of transport due to heavy rains in mining areas.