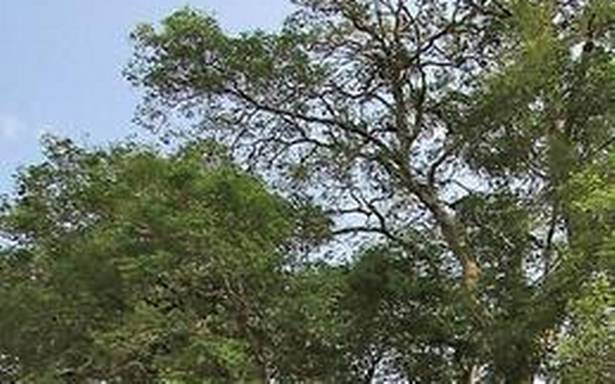 The police on Tuesday began an investigation into the alleged felling of centuries-old rosewood trees from private plantations in the Muttil South village limits in Wayanad district in Kerala by flouting norms.

A team of police officials led by V.V. Benny, Deputy Superintendent of Police, Sulthan Bathery, visited two of the 42 sites under the Muttil South village office limits from where massive felling of rosewood trees were reported.

“We are collecting the details of the sites, number of trees axed in each site, identifying the trees using the logs seized by the forest officials and interrogating the land owners and witnesses,” Mr. Benny told The Hindu. The police have prepared reports of two sites owned by two farmers at Kuppady, near Vazhavatta, where six trees were reportedly axed.

The investigation would continue in the coming days, he added.

The police have registered cases against 68 persons, including 12 tribal people, in connection with the incident.

They were charged under Section 379 (theft) of the Indian Penal Code. The cases were registered on a complaint by Revenue Department officials, police sources said.

The incident came to light after Forest Department officials seized 54 pieces of illegal rosewood logs worth ₹60 lakh from a saw mill at Perumbavoor in Ernakulam district on February 9. The wood was transported from Wayanad without valid documents, and the seizure was made on a tip-off. The logs were transported by one Roji Augustine on behalf of a timber company at Vazhavatta in Wayanad. Those accused in the case are yet to be arrested.

Later, officials had found that the timber lobby had axed 202 cubic metres of huge rosewood trees at 42 sites at Vazhavatta, Avalattukunnu, and Karimkannikunnu within the Muttil South village office limits at low prices by misinterpreting a government order (GO). The timber, worth more than ₹ 8 crore, has been confiscated and shifted to the timber depot of the Forest Department at Kuppady, near Sulthan Bathery.