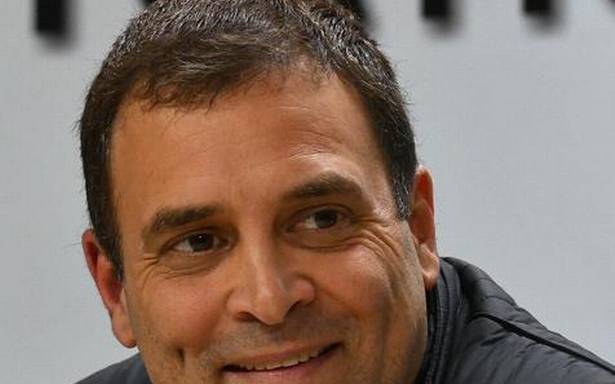 The Congress leader will be spending around four hours on Pongal in Madurai, as part of the party’s ‘Rahulin Tamizh Vanakkam’ initiative

Congress leader Rahul Gandhi will visit Avaniyapuram in Madurai on January 14 and watch the Jallikattu, in what is scheduled to be his first visit to Tamil Nadu ahead of this year’s Assembly elections.

Mr. Gandhi will be spending around four hours on Pongal as part of the party’s ‘Rahulin Tamizh Vanakkam’ initiative. He will land directly at Madurai and travel to the venue and watch the proceedings.

Tamil Nadu Congress Committee (TNCC) president K.S. Alagiri told reporters that Mr. Gandhi’s visit is also to give moral support to farmers across the country who are protesting against the farm laws and to celebrate the culture and heritage of the Tamil people. “Rahulin Tamizh Vanakkam is a way to show his closeness with the people of Tamil Nadu, how much he likes them, and to show his gratitude to the people of the State,” Mr. Alagiri contended.

This will be Mr. Gandhi’s first visit in a long campaign schedule the TNCC is drawing up for him, Mr. Alagiri said. “He will not be making any political speech on January 14. He will watch the Jallikattu and spend around four hours. Right now, we have not scheduled any meeting with farmers. But if he wishes to, he might meet them,” Mr. Alagiri said.

The TNCC president said Mr. Gandhi will be participating in future campaign events with leaders of the coalition parties. Apart from this, he will also be holding campaign rallies across the State.

On DMK leader Udhayanidhi Stalin’s remark that the DMK can contest in all 234 Assembly constituencies because of a groundswell of support for the party, Mr. Alagiri said there was no confusion in the DMK-led Secular Progressive Alliance. “Each party’s cadres will want their party to contest in the maximum number of seats. Their cadres might have expressed such a wish to Udhayanidhi and he must have conveyed that. All the alliance parties will ask and get the required number of seats,” he said.