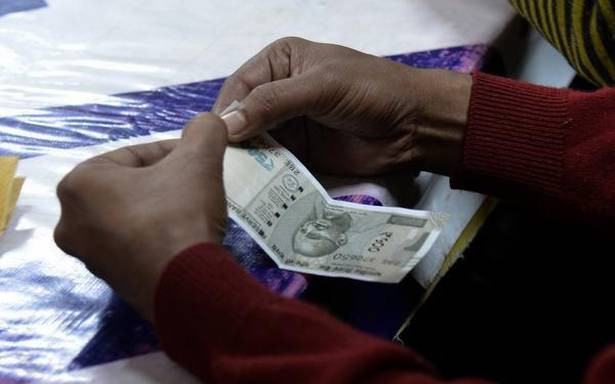 On Tuesday, the rupee had settled at 74.55 against the US dollar.

Mumbai The Indian Rupee depreciated 15 paise to 74.70 against the US dollar in opening trade on Wednesday amid a weak risk appetite in the region.

At the interbank foreign exchange, the rupee opened at 74.60 against the dollar, then fell further to 74.70, registering a fall of 15 paise over its previous close.

On Tuesday, the rupee had settled at 74.55 against the US dollar.

The Indian rupee started on a weaker note this Wednesday against the greenback tracking broad dollar strength and weak regional risk appetite, Reliance Securities said in a research note.

Asian currencies have started weaker against the American currency this morning and could weigh on sentiments, the note added.

Meanwhile, the dollar index, which gauges the greenback’s strength against a basket of six currencies, was down 0.03 per cent at 92.52 ahead of the minutes from the Fed’s June meeting.

Foreign institutional investors were net sellers in the capital market on Tuesday as they offloaded shares worth Rs 543.30 crore, as per exchange data.