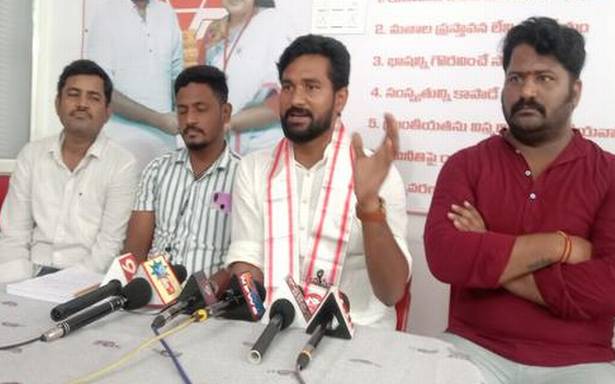 Addressing the media here, he said that the government was trying to target JSP president and actor Pawan Kalyan by controlling the entire movie ticketing system. “The Ministers Perni Venkataramaiah, Botcha Satyanarayana and others are not worried about skyrocketing prices of petroleum products and essential goods. They are only worried about movie tickets. People who cannot afford will not go to movies but they can’t avoid buying rice, pulses, petrol and others. The Ministers should try to control prices of essential commodities instead of concentrating on Mr. Pawan Kalyan,” said Mr.Babu.

BJP leaders Ravi Teja Lalisetty and S. Gangadhar said the JSP activists would give a befitting rely to all the Ministers and other leaders who were using unparliamentary language against Mr. Pawan Kalyan.