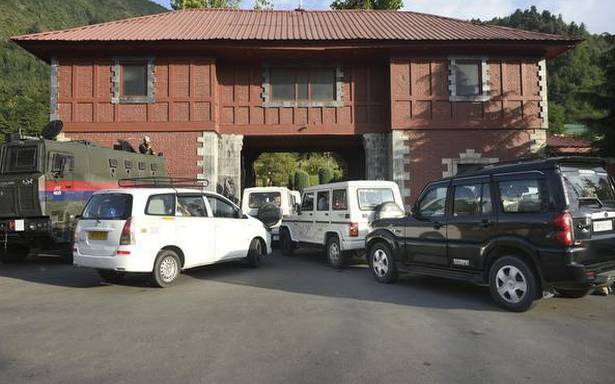 The Jammu and Kashmir Delimitation Commission on Friday said it would base its final report on the 2011 Census and also take into account the topography, difficult terrain, means of communication and convenience available while delimiting seven additional seats for the 83-member Assembly of the Union Territory (UT), besides granting reservation to the Schedule Tribe (ST) and Schedule Caste (SC).

A row is about to erupt between the Treasury and Opposition benches in the Monsoon Session of Parliament that is set to start on July 19 over the Ministry of Cooperation formation, which was announced on July 5. The portfolio has been given to Home Minister Amit Shah after the Wednesday last Cabinet expansion.

Maharashtra and Kerala recorded more than half of the COVID-19 cases registered in India last week, the Centre said on Friday as it stressed that the pandemic is far from over and there is no room for complacency.

Whatsapp told the Delhi High Court on Friday that till the data protection bill comes into force, it would not compel users to opt for its new privacy policy as it has been put on hold.

‘Legitimacy aspect’ of who should rule Afghanistan should not be ignored, says Jaishankar

Voicing concern over the spiralling violence in Afghanistan, India said on Friday that the “legitimacy aspect” of who should rule the war-torn country is of importance and should not be ignored as it called for immediate reduction in violence there.

‘We did not go into Afghanistan to nation-build,’ says Biden as he defends U.S. military withdrawal

With U.S. troops almost completely out of Afghanistan and the Taliban making rapid territorial gains in the country, U.S. President Joe Biden said that the U.S. was not in Afghanistan for nation-building purposes and that it was for the Afghans to decide their future. Mr. Biden also said that the U.S. military mission would conclude by August 31.

A South African court has rejected former South African President Jacob Zuma’s request to postpone his current jail term. Zuma, who started his 15-month jail sentence on Thursday, will remain behind bars after his application for his prison term be delayed was dismissed by the Pietermaritzburg High Court on Friday.

The Delhi High Court Friday dismissed a plea by the leader of one of the factions of Lok Janshakti Party (LJP), Chirag Pawan, challenging the Lok Sabha Speaker Om Birla’s decision to recognise his uncle Pashupati Kumar Paras as the leader of the party in the House.

Sri Lankan team’s data analyst G T Niroshan has tested positive for COVID-19 ahead of the limited overs series against India, the country’s cricket board said on Friday, a day after its batting coach Grant Flower contracted the virus. Niroshan is currently being treated as per the medical protocols.

Ash Barty will be trying to win a second trophy in her past seven Grand Slam tournaments when she faces Karolina Pliskova at Wimbledon on Saturday. Pliskova seeks her first major championship, five years after losing in her only previous Slam final.

Tamil Nadu Chief Minister M.K. Stalin has convened an all-party meeting on July 12 to discuss the Mekedatu issue and has invited all the legislature parties to take part in the meeting.