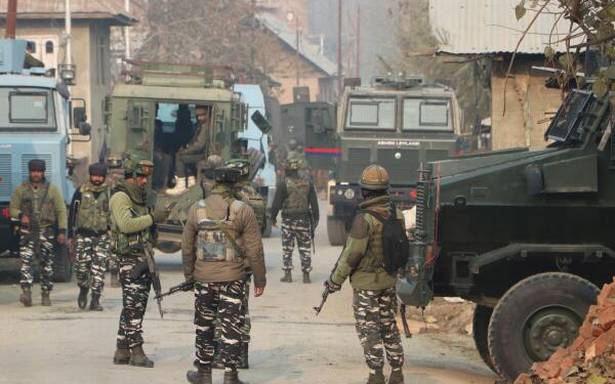 Security forces on Tuesday trapped and killed two militants in south Kashmir’s Kulgam, taking the toll of militants to four in the past 24 hours.

“Both terrorists were locals and linked to the The Resistance Front outfit, affiliated to the Lashkar-e-Taiba [LeT]. They were involved in several terror crimes,” Inspector General of Police Vijay Kumar said.

The duo was encircled in an early-morning operation, launched amid snowfall, in Okay village of Kulgam.

The police said the trapped militants were given an option to surrender but they opened fire on the security forces, triggering an encounter.

Besides the police, the Army’s 9 Rashtriya Rifles and CRPF were also part of the anti-militancy operation.

The latest operation came within 24 hours of two LeT militants, including a ‘commander,’ being killed in twin encounters in Srinagar’s Shalimar and Harwan areas.