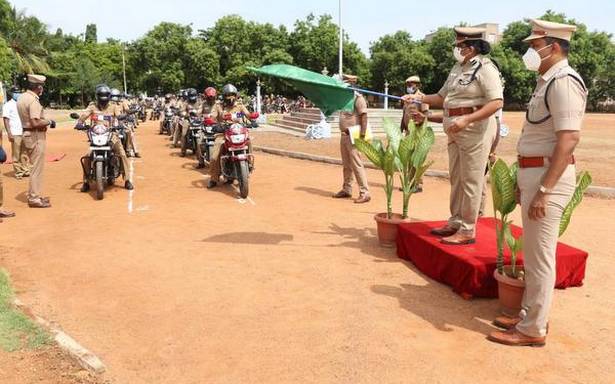 19 additional bikes will help personnel reach the place of incidence soon, in order to attend to complaints, officials said

Superintendent of Police, V. Baskaran, said the district already had 20 two-wheeler patrol vehicles. The district police received around 100 calls to its control room every day. The number goes up to 200 on festival days. “Immediately, upon receiving the calls, police personnel reach the spot on the two-wheelers to resolve problems – including domestic issues – and attend to complaints,” he said.

The additional 19 patrol bikes will help in intensive crime prevention, as police personnel will be able to reach the spot at the earliest.

The DIG advised the two-wheeler patrol personnel to patiently listen to the people’s complaints and promptly act on them.