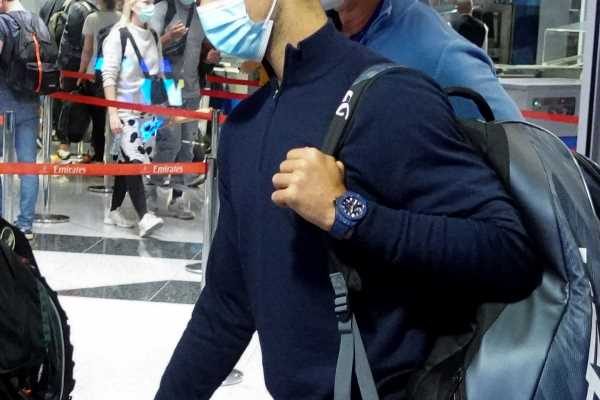 Andrews said lifting Djokovic’s ban would be a “slap in the face for those people in Australia who did the right thing (and) got vaccinated.”

Waiving Novak Djokovic’s visa ban to let him play the Australian Open would be a “slap in the face” for Australian people who vaccinated for COVID-19, opposition lawmaker and former Home Affairs Minister Karen Andrews said on Monday.

Serbian Djokovic was deported from Australia in the leadup to the Grand Slam in January for declining to be vaccinated.

The former World No 1 is barred from the country until 2025 but can have his three-year visa ban waived by the government.

Australia in July scrapped a rule that required international travellers to declare their COVID vaccination status, and Djokovic has said he was hoping for “positive news” on his bid to play next year’s Australian Open.

Andrews said, however, that the rule change should have no bearing on Djokovic’s case.

“There would have been other people in similar circumstances that have also had their visas cancelled,” the lawmaker told ABC Radio on Monday.

“So if immigration now chooses to make a special allowance for Novak Djokovic the obvious question is what are they going to do about anyone else who may be in similar circumstances?”

No comment was immediately available from Djokovic. Australia’s Home Affairs ministry reiterated that it does not comment on individual cases.

Andrews said lifting Djokovic’s ban would be a “slap in the face for those people in Australia who did the right thing (and) got vaccinated.”

“(Why should) Novak Djokovic be allowed back into the country simply because he’s a high-ranking tennis player with many millions of dollars?” she added.

“It shouldn’t be just one rule for (him) and a different rule for everyone else.”

Djokovic, who has won the Australian Open a record nine times, was unable to travel to New York for the recent US Open because he was not vaccinated but said he had no regrets about missing two of the year’s four Grand Slams.