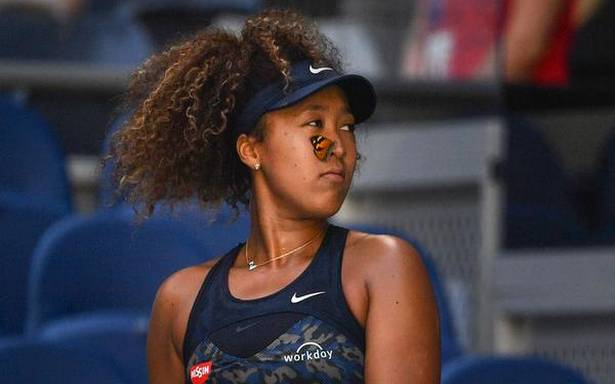 The third seed, champion in Melbourne two years ago, gently carried a butterfly to safety at the side of the court before closing out an easy 6-3, 6-2 victory over Tunisian 27th seed Ons Jabeur.

Naomi Osaka had to deal with a butterfly landing on her nose Friday but was otherwise little bothered as she breezed into the last 16 of the Australian Open and a showdown with last year’s runner-up Garbine Muguruza.

The third seed, champion in Melbourne two years ago, gently carried the insect intruder to safety at the side of the court before closing out an easy 6-3, 6-2 victory over Tunisian 27th seed Ons Jabeur in 1hr 18min.

Japan’s Osaka, who has dropped just 13 games in her opening three matches, is great friends with Jabeur and said playing against her on John Cain Arena was “really fun”.

“I was really nervous and scared because I didn’t know if she was gonna hit a drop shot on me, so I felt kind of rushed,” Osaka said.

She also thanked the fans for attending on the day it was announced that Melbourne would go into five days’ lockdown from midnight, meaning stands will be empty from Saturday.

“I hope that you guys enjoyed the match and thanks for coming out today.”

Australian Open organisers announced Friday that players would compete in a biosecure “bubble” after the host city was ordered into a snap five-day lockdown, with spectators banned.

Two-time Grand Slam winner Muguruza, who lost in the final to Sofia Kenin a year ago, earlier beat Kazakhstan’s Zarina Diyas 6-1, 6-1 in just 56 minutes to set up the fourth-round clash with Osaka.