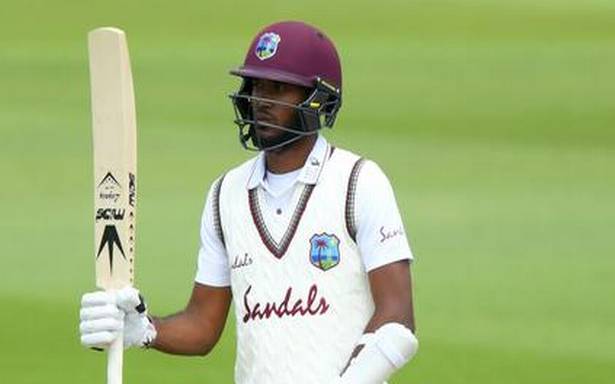 Since taking the reins in 2015, 29-year-old Holder has led West Indies in 37 tests and is currently the format’s top ranked all-rounder.

Brathwaite led a second-string West Indies to a 2-0 series sweep in Bangladesh last month after several frontline players, including Holder, skipped the tour due to health concerns amid the COVID-19 pandemic.

"We all believe that Kraigg is the right man to lead our test side at this point in time and I’m delighted that he has accepted the role," chief selector Roger Harper said in a statement.

"In the recent test series against Bangladesh, Kraigg was able to motivate his players to play to a very high level and create the culture we are looking to establish where the team showed a collective determination to fight and a real hunger for success."

Brathwaite called it a "huge honour".

"I’m really looking forward to the upcoming home series against Sri Lanka and I’m excited about what I believe this team can achieve in the future."

Director of Cricket Jimmy Adams said Holder would continue to be a key player for the team.

"Throughout his five-and-a-half-year tenure, he has led with dignity while always upholding the highest values of the sport," Adams said.

"As the world’s leading test all-rounder, we all believe that Jason still has a tremendous role to play in West Indies test cricket for many years to come."