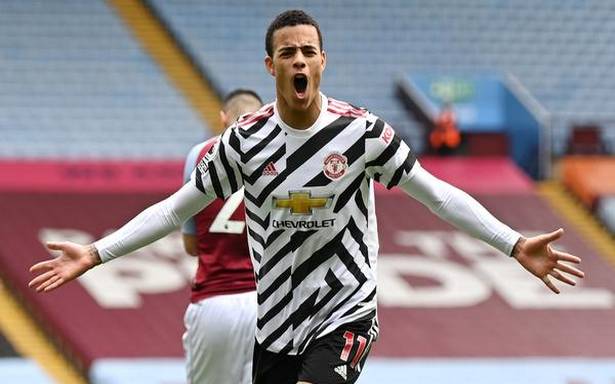 Powers to a comeback win at Aston Villa; Inter celebrates in style

Manchester City’s Premier League title celebrations were put on hold again as Manchester United fought back to win 3-1 at Aston Villa on Sunday.

City could have started the party if second-placed United lost at Villa Park, but its arch-rival kept the leader’s champagne on ice with a second-half escape act.

City, with three matches to play, is now 10 points clear of United, which has four games left.

United hosts Leicester on Tuesday and Liverpool on Thursday, with a defeat in either of those matches guaranteeing the title for City, which is next in action at Newcastle on Friday.

The Europa League finalists would love to keep City waiting as long as possible as it bids to earn a runner-up finish, which would be its highest end-of-season position since Ole Gunnar Solskjaer took charge in December 2018.

With thousands of fans celebrating outside the San Siro stadium and a guard of honour onto the pitch, Inter Milan celebrated its first Serie A title in over a decade with a 5-1 victory over Sampdoria giving Antonio Conte’s side a record 14th successive home win.

“The satisfaction is immense,” said Conte. “It’s natural that we and our fans are now so desperate to celebrate something that we’d been waiting for so long to do. We’re happy to bring this joy to them.”