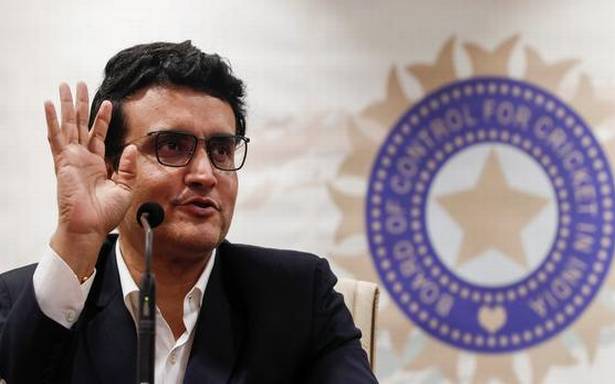 Sourav Ganguly, as the president of the Board of Control for Cricket in India, must steer the ship in the most distressing times mankind has known.

The former India skipper is mindful of the sacrifices that players make in today’s times and for that reason he backs them in their pursuit to play cricket.

In this chat with Sportstar, Ganguly shares his thoughts on the challenges faced over the past 14 months, the forthcoming series in England, which he reckons, will be tougher than the one against Australia.

The COVID-19 situation is unlikely to improve anytime soon. So, what is the BCCI’s biggest immediate challenge? What are your thoughts on the situation?

The challenge has been there for a year now. COVID has hit us badly and we have all been struggling. Barring December 2020 to March 2021, it has been a battle against the pandemic. Battle to stay relevant. Battle to keep the people together. It has been extremely tough for all of us, and the cricketers were no exceptions.

How was the experience of hosting the IPL in 2020?

Hosting the IPL in Dubai was a challenge no doubt. Hosting domestic cricket was going to be a humungous task. Everything went off well until this massive and dreadful second wave of Covid came. You can imagine how difficult it has been to get cricket organised. We have the World Cup in five months’ time. Till this pandemic remains it is going to be some task to organise any cricket.

Are you not concerned about junior cricketers? They must be disillusioned since there has been no cricket for them for a long time…

How can we expose the young boys to this Covid atmosphere? Imagine a 16-year-old away from the home and their parents and staying in hotels for long periods. This virus is so dangerous. We write to the associations. We can’t have direct access to individuals. We keep the players motivated by speaking with them through their associations. They have a World Cup in January. Hopefully by October things will settle down. Covid has ruined so much of sport and life. We will compensate all the domestic players in June-July. The junior players, umpires, scorers, they will all get their fees.

How did you manage to host the India-England series without any glitches and also the domestic tournaments?

Because the numbers were down, and we had just two teams. The bio-bubbles were there. We had 760 players in the bio-bubble (during the domestic games), but the key was that the COVID numbers were down across the country — 7000 a day. Now we have more than 4 lakh daily cases.

Do you think you erred in continuing with the 2021 IPL? Could it have been called off earlier?

You can say that now in hindsight that the IPL should have been called off earlier. Mumbai and Chennai (leg) did not have cases. Only when the IPL reached Delhi and Ahmedabad did the cases rise. People will say lot of things in any case. The English Premier League had so many people affected. But they could reschedule the matches. But you can’t do that with IPL. You stop it for seven days and it is done. Players go back home and then the process of quarantine starts from scratch.

The IPL and BCCI have drawn criticism from many quarters for continuing with the tournament. What will the BCCI do to counter this negative perception? Do you think the criticism coming IPL’s way was justified?

There are different scenarios, and it is not always helpful to be wise after the event. We don’t have the advantage. As I said we would have continued if there were no cases. We would have completed the IPL. The players were in the bubble and there were no crowds at the venues. Players were not getting infected. Once the players got affected, we called it off. Look at leagues going around the world. They have had COVID cases, but they have continued.

No. India is supposed to go to Sri Lanka for three ODIs and five T20Is. There are lots of organisational hazards like 14-day quarantine. It can’t happen in India. This quarantine is tough to handle. Too early to say how we can find a slot to complete the IPL.

(To read the full interview, go to https://sportstar.thehindu.com)