Images from the FIFA World Cup match between Argentina and Saudi Arabia on Tuesday.

Lionel Messi gave Argentina a 1-0 lead in their World Cup Group C opener against Saudi Arabia on Tuesday by stroking in a penalty after a video review spotted a foul as the South Americans dominated but had three goals disallowed. 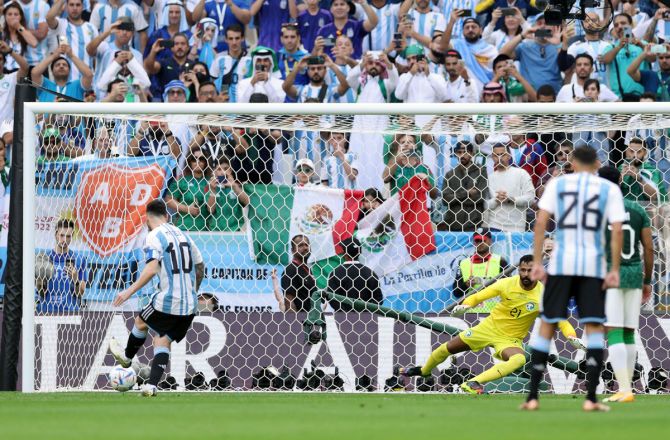 Messi, playing in his fifth World Cup finals at 35, beat Saudi goalkeeper Mohammed Al-Owais on a breakaway but that goal and two others by team mate Lautaro Martinez were ruled offside.