Former Pakistan cricketers have urged skipper Sarfaraz Ahmed to bat higher up the order so that the team could post big totals in the upcoming World Cup, starting May 30. 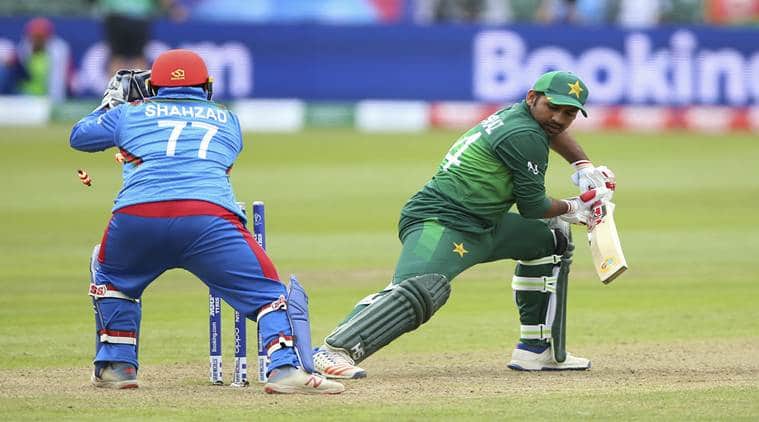 Former Pakistan cricketers have urged skipper Sarfaraz Ahmed to bat higher up the order so that the team could post big totals in the upcoming World Cup, starting May 30.

“Sarfaraz does not have the big shots to justify his batting at number 5, 6 or 7. He needs to bat higher up so that he can build his innings and help Pakistan get big totals,” former captain Shahid Afridi said.

“He is wasting himself coming lower than four and this doesn’t help the team. If Pakistan is to do well in the World Cup, Sarfaraz has a big role to play as captain and player. He has to be the leader on and off the field,” he added.

Sarfaraz’s batting position has become a matter of debate as he has batted mostly lower down the order but moved up a couple of times in the recent ODI series against England but on Friday in the warm-up game against Afghanistan, he again came late at number six.

“He has to realise that his worth for the team is at number four or five. He is the sort of player who can change the momentum of the game with his rotation of strike and ability to keep the scoreboard moving,” Pakistan’s most successful Test captain Misbah-ul-Haq said.

Misbah noted that Sarfaraz coming up the order will allow the team to utilise the two senior most players — Muhammad Hafeez and Shoaib Malik — properly.

Former wicketkeeper-batsman Moin Khan said he had suggested Sarfaraz before the team left for England to open the innings if necessary.

“In the last World Cup I was the chief selector and I tried him out as an opener and he did well. He is someone who needs overs to pace his innings.”

With openers Fakhar Zaman, Inam-ul-Haq and one down Babar Zaman having batting averages of 50 plus, number four is the best position for Sarfaraz followed by Hafeez, Malik, Asif, felt Moin.

Some of his critics have used Sarfaraz’s reluctance to bat higher up in the order as an excuse to blame him for letting the team down.

“A captain has to lead by example and if he comes at number four, the other batsmen will also respond and play sensibly,” Test wicketkeeper-batsman Kamran Akmal said.

Enigmatic fast bowler Shoaib Akhtar also urged Sarfaraz to bat higher up the order and be more authoritative as captain on the field and in the dressing room.

“He has to marshal the innings and he has to play the team he wants not the eleven the chief selector and the head coach want. Only then will he be able to do well in the World Cup.”

Akhtar felt Sarfaraz needed to be more assertive as a captain like India’s Virat Kohli.