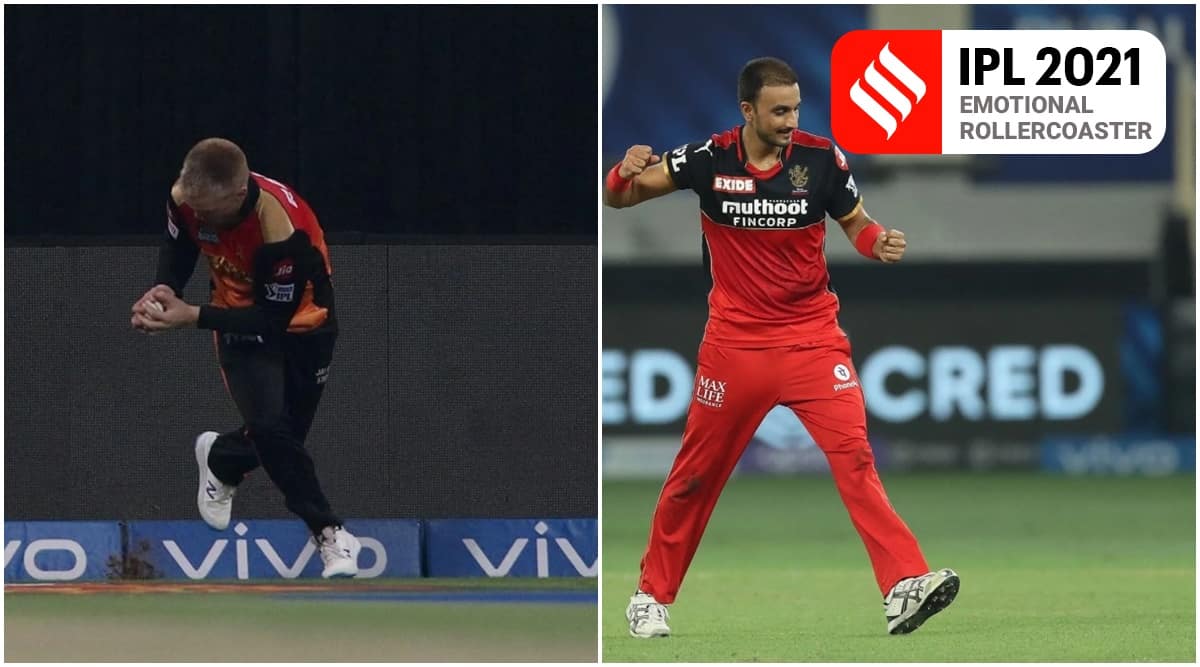 What an idea Pandey ji!

The cracking sound from Kieron Pollard’s bat was enough to fear that the ball would have punctured even the sight-screen. It was struck sweet, flat and hard—the fuller length ball that pitched outside the off-stump in Pollard’s murdering range—that it seemed destined for a six the moment it left his bat. But it was not to be. Somehow, Jason Roy, whose fielding was at best sloppy this evening, was perfectly stationed to swallow the catch. He just had to move a couple of inches to his left to house the ball in his palms. So powerfully struck the ball was that it nearly tumbled out his hand, but Roy kept his calm to not add another incident that would have made him look clownish. Praiseworthy though his catch was, the credit goes to Manish Pandey, restored as captain after a while away from the team, who has shrewdly placed a straightish long-on, an unusual fielding station. Pollard though couldn’t comprehend how that shot didn’t leave a ball-sized crack on the sight-screen.

It had to be Harshal Patel who broke the big opening partnership between Shikhar Dhawan and Prithvi Shaw and it had to be with one of his slower ones. Shikhar Dhawan, who had used the pace and worked the angles really well until then, went for a big lofted hit but was done in by the change of pace. He tried to adjust by taking his bottom hand off the handle but it only ended up skying the ball further up and it came down to waiting palms at mid-off. Patel turned around and had a cheeky smile and flipping his tongue out at the wicket number 30. It wasn’t the video-game mayhem seen in the other match but Delhi Capitals openers weren’t too bad either, racing along pretty nicely to reach 88 in 10 overs when Patel decided to intervene.

Siddarth Kaul loves football. His attempt to clear a ball —well, intercept it a few yards out from the fence — was akin to a defender, having been taken out by a forward, making a last-gasp sliding tackle at him, but in the end, was made to look all the more foolish. Whether he slipped himself or not, he made a total mess of it. The ball, trickling rather than travelling, from the underside of Kieron Pollard’s bat, snuck through between his legs. Not to forget Jason Roy who was speeding diametrically opposite to him and nearly crashed into Kaul. It was chaotic defending, to put it mildly, much like how their favourite football clubs had been (anarchically) defending of late. Kaul is a staunch Manchester United supporter, while Roy has been a Tottenham Spurs fan all along.

Pant the best diver in DC

Batsmen treasure their straight drives but can’t be said the same about the non-strikers. Twice in a row, Shreyas Iyer had Rishabh Pant scrambling to safety and sprawling to the ground. Iyer drove Yuzvendra Chahal straight back in the 13th over and Chahal dived. So did Pant. Chahal had stopped the ball first time and smiled at Pant. Next ball, rinse, repeat. This time Chahal couldn’t stop and the ball ricocheted off the stumps with Pant yet again on the lunge to save himself from the potential run out. Chahal had another smile as Pant dusted himself off and ran past him for the single. All that effort had perhaps drained him for not long after Pant fell, edging an attempted cut off Dan Christian to the ‘keeper.

Virat Kohli wasn’t too chuffed with Yuzvendra Chahal. And Shimron Hetmeyer wasn’t too happy with Shreyas Iyer. Hetmeyer had been bamboozled by a Chahal googly and as the ball ran towards short third man, Iyer rushed across for a single. Hetmeyer was late to react and ran. The throw was spot on at the non-striker’s end but Chahal was still busy appealing for lbw. And the ball flew dangerously close past the untenanted stumps with Hetmeyer way out of the crease and Chahal just about curtailing his appeal at a fair distance from the stumps. Kohli winced and gestured to him that he should have ran to the stumps to collect the throw to effect the run out. Meanwhile, Hetmeyer was voicing his grievance to Iyer to verbalise the call for single rather than just run across: “Call!” Neither the batsmen nor the fielding side was happy there.

Well begun (with toss) is half done… Almost

A burst of cheers rippled across the stadium when Mumbai Indians captain Rohit Sharma won the toss. The miracle night had begun auspiciously for them. Winning the toss, choosing to bat, and piling on a gargantuan total to inflict a 171-run win over Sunrisers Hyderabad was the lone and long route to reach the play-off. Had they lost the toss, that road would have been blocked even before the game had begun. So much hinged on the flip of the coin. Sharma heaved a sigh of relief after a nervous second or two when the coin was tossed, after which he broke into a spontaneous chuckle and announced to the commentator: “No choice, we would have to bat.” Then smiling wistfully, he admitted the obvious: “The numbers are scary, but we are going to give it all.” He then turned buoyant: “This is a great opportunity for us to do something that’s never been done before.” But as he walked back, a frown had replaced the smile.