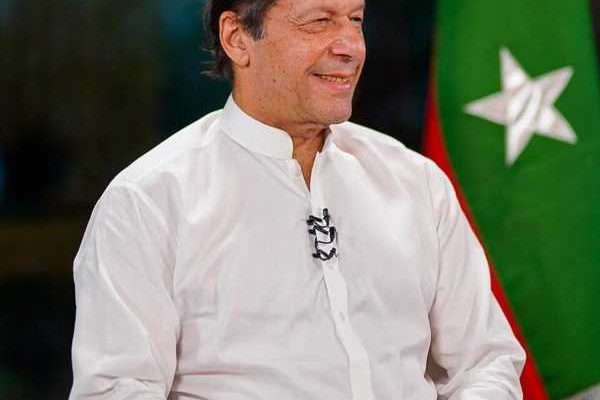 Former prime minister and cricket legend Imran Khan, who is currently in the midst of a protracted agitation against the current Pakistan government, sent a special message to the Pakistan team ahead of the T20 World Cup final against England at the MCG.

Imran, who led Pakistan to its first World Cup title in 1992, revealed it was the same message he had given his team before their final against England in Melbourne.

‘My msg to Pak cricket team today is the same one I gave our team in the 1992 World Cup Final. First: Enjoy the day as one rarely gets to play in a World Cup final & don’t get overawed by it. Second: you will win if you are willing to take risks & can cash in on mistakes by opponents,’ Imran, who turned 70 last month, said in his Instagram post.

Pakistan are looking for a repeat of 1992 as they got out of jail in the group stages, bouncing back from defeats to India and Zimbabwe.