Rafael Nadal suffered a freak injury when his racquet bounced off the court and struck him sharply on the bridge of his nose during his second round match against Italian Fabio Fognini at the US Open on Thursday. 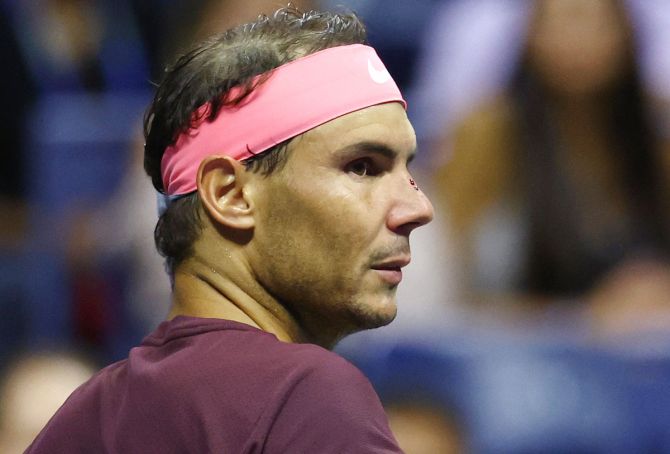 The 22-time Grand Slam champion had to take a medical timeout during the third set after he struck his nose while playing a backhand shot as a pink bandage was applied to stop the bleeding.

Nadal said the blow from the racquet left him dizzy and in pain. ‘Was just a strong hit,’ Rafa said after the match.

‘At the beginning I thought I broke the nose. Was very painful. Seems like it is not broken. I am not sure yet.’ 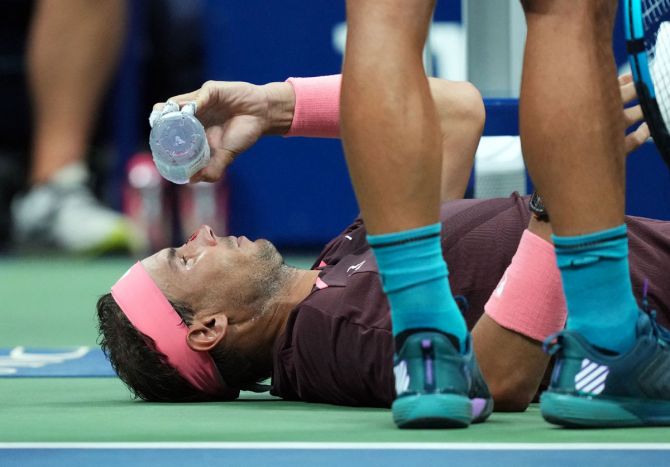