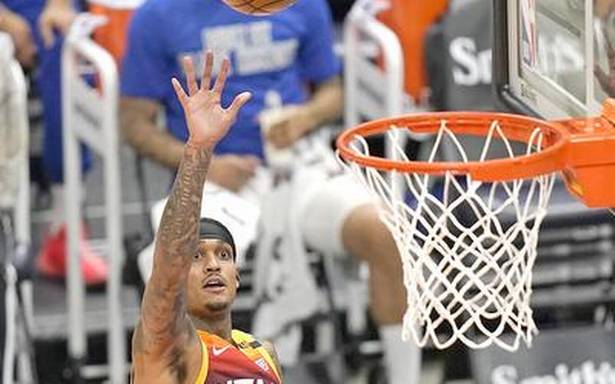 Jordan Clarkson helped the Utah Jazz overcome big nights by Ben Simmons and Tobias Harris while leading the NBA’s hottest team to a 134-123 win over the Philadelphia 76ers at home here on Monday night.

Clarkson came off the bench to score a team-high 40 points, two shy of his career-high and the most with the Jazz, to lift Utah to its eighth straight win and the 19th victory in 20 games in a match up of the teams with the best records in the West and East.

Playing without Joel Embiid, a late scratch because of back tightness, the Sixers managed to make a competitive contest thanks to Simmons’ 42 points and 36 from Harris.

Kyrie Irving established season-bests of 40 points and nine 3-pointers as Brooklyn set a franchise record with 27 treys en route to a victory over host Sacramento. James Harden made six 3-pointers while recording 29 points.

Stephen Curry had 36 points in 30 minutes and Draymond Green tied his career-high with 16 assists, lifting Golden State to a victory over Cleveland in San Francisco.

Zach LaVine continued to be prolific and clutch as he scored a game-high 30 points to lead Chicago to an overtime victory over Indiana in Indianapolis.