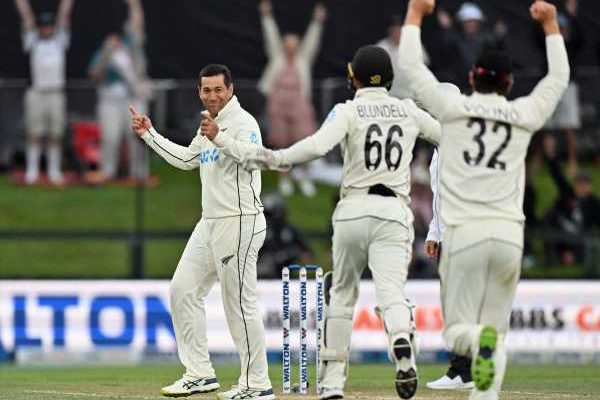 Ross Taylor claimed the last Bangladesh wicket in his final act in Test cricket to seal New Zealand’s series-levelling victory by an innings and 117 runs in the second and final match in Christchurch on Tuesday.

New Zealand’s decision to enforce the follow-on denied Taylor, who made 28 in their first innings total of 521-6 declared, the chance to bat again.

Bangladesh managed 126 in the first innings and were 278-9 in third day’s final session when New Zealand skipper Tom Latham tossed the ball to Taylor.

The part-time spinner sent down two dot balls before inducing a skyer from Ebadot Hossain and Latham took a tumbling catch at midwicket to ensure a winning farewell for the former New Zealand captain. 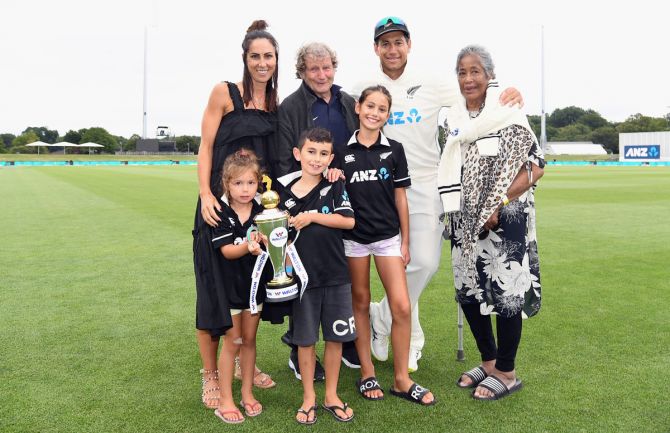 The victory margin could have been bigger but for Liton Das’ counter-attacking 102 for Bangladesh, who had shocked the world Test champions in the opening match in Mount Maunganui.

“I wanted to finish with a win and the guys definitely gave it to me.

“It was an emotional game for me and my family … it was good to get the win,” added the 37-year-old, who will play his last limited overs internationals against Australia and the Netherlands during the home summer. 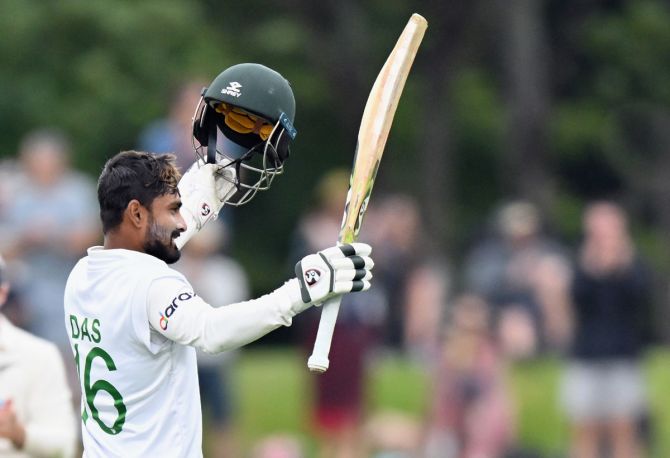 Smarting from their shock eight-wicket loss in the opening test, New Zealand enforced the follow-on before their seamers ensured victory.

“The bowlers did a bloody good job on a tiring wicket,” Latham said.

“Ross Taylor rocked up and took the last wicket. He has been there for 17 years … been such an important member of the group.”

Latham, whose 252 earned him the man-of-the-match award, took a stunning catch at second slip to dismiss Mohammad Naim as Bangladesh started to unravel. Neil Wagner subjected the tourists’ batsmen to a bouncer barrage and was rewarded with figures of 3-77, while Kyle Jamieson claimed 4-82.

Bangladesh captain Mominul Haque (37) and Nurul Hasan (36) could not convert their starts into big knocks but Liton scored freely to bring up his second Test hundred in 106 balls.