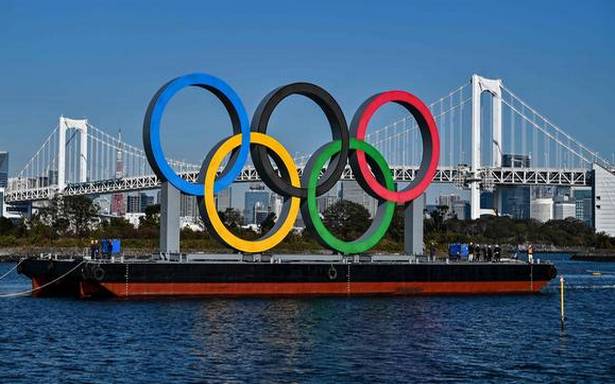 A feast awaits sports fans this year after the drought that was 2020. The historic cancellations and postponements of high-profile sporting events were minor inconveniences in the scheme of things. For, lives were lost and suffered. Also, after a prolonged absence, professional sports returned in the second half of the year. But they were largely sidelined by the pandemic and other political events — except a few tournaments like the Indian Premier League (IPL), which made the prime-time news and front pages in India, even during a year that felt like an apocalypse.

With the world finding its feet again after the announcement of vaccines, sports will hopefully be in the limelight again and played amidst spectators. Here are some of the plots that are worth your attention:

The postponed Summer Olympics will be the biggest draw of the year. This will be the first staging of the games in an odd-numbered year in its 124-year history — it will, however, be called Tokyo 2020.

The absence of the retired Usain Bolt and Michael Phelps, who are among the greatest Olympic champions, will be conspicuous. The Jamaican sprinter and the American swimmer shattered several world records while winning eight and 23 gold medals, respectively. The former’s showmanship will be especially missed. Britain’s Mo Farah will be another celebrated athlete who will be missed.

India, meanwhile, will hope someone joins Abhinav Bindra in the individual gold winners’ list. Among the most favoured to do that is PV Sindhu, who came close to winning the badminton singles final in Rio 2016. She was, then, an emerging star. But with a gold and two silver medals over three World Championships and a silver medal at the Asian Games, she is among the favourites to win the singles event in Tokyo.

In the twilight zone

The last time Roger Federer contested a tennis match, ‘Corona’ was still largely associated with beers. The Swiss maestro was far from his best in the Australian Open last January. After two five-set escapes, he dragged himself into the semi-final, wherein Novak Djokovic, the eventual champion, crushed him in straight sets. Two knee surgeries forced Federer to miss the rest of the year. Rafael Nadal, in his absence, equalled his record for the most number of men’s singles Grand Slam titles (20) when he won last year’s French Open. Djokovic is at 17.

Also, watch out for…

Despite missing this year’s Australian Open, he wants to make a comeback later this season, which also includes the Olympics, wherein he is yet to win a singles gold. Federer made a miraculous return from injury in 2017 to add three more Slam titles. But, at 39, such feats are near-impossible. We might be seeing the last few matches of Federer.

Same can be said about fellow tennis great, Serena Williams, also 39, who, with 23 Slams, is just one short of equalling Margaret Court’s record. She, too, sustained an injury (Achilles) last year. The emergence of Naomi Osaka has made the women’s field stronger. So, for Serena to emulate or overtake Court will be a herculean task.

But it is not merely for their numbers do we watch them play.

Athletes in the US and elsewhere, with their presence (Naomi Osaka wearing BLM {Black Lives Matter} facemasks at the US Open) and absence (WNBA and NBA players boycotting matches), underscored the conversations about racial injustice last year. The basketball teams’ walkout sparked more protests across sports from different parts of the world. Organisers and authorities usually disfavour, discourage and even punish activism in professional sports.

Tommie Smith and John Carlos’s expulsion from the 1968 Olympics is a famous example. But the collective stand last year perhaps forced the organisers to join the fight against racism. Players in Premier League, for instance, wore a Black Lives Matter logo before replacing with the phrase No Room for Racism. It would not be surprising to see such acts against racism repeat at the Olympics this year. What’s a better place to make a political statement than at the grandest stage of sport?

After the cancelled and deferred events of last year, 2021 is packed with big events like the T20 World Cup in India, Euro 2020, the Olympic and Paralympic Games and Copa América. These will be in addition to the annual regulars, like the professional leagues across sports.

The Indian men’s cricket team, currently in Australia, will come home in February to welcome England for a four-Test series and limited-overs games. The series against England, IPL and the T20 World Cup at home, will keep the men busy throughout the year. The women, meanwhile, are at a standstill. They have not played international cricket since March.

Football clubs and countries will be scrambling to keep the players injury-free in a year with two major international competitions — Euro 2020 and Copa América — apart from the Olympics.