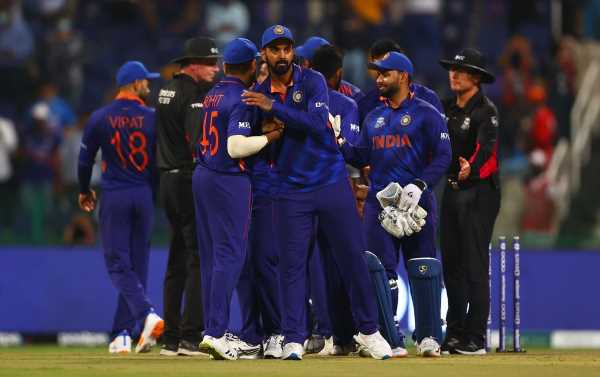 ‘All of us tend to believe that they are so well paid, why should we bother about their payments.’
‘But who all are well paid? Only a handful, maybe 3-4 of them, who go in for endorsements and things.’
‘The others are struggling, playing Ranji Trophy and other matches, so that compensation we made it market-oriented.’

During the tenure of the Committee of Administrators, which was entrusted by the Supreme Court, to manage the BCCI in 2017, a number of changes took place in the Indian cricket board.

CoA chief Vinod Rai points out that during the committee’s 33-month tenure in charge of the BCCI, one of its top achievements was to make the Board more player centric. The players compensation package was made market-oriented, while more attention was given to their workload.

Rai believes one of the best decisions the CoA took was to appoint batting legend Rahul Dravid as head of the National Cricket Academy in 2019 after he had earlier refused to take over as head coach of the Indian team.

Rai, a former IAS officer and the 11th Comptroller and Auditor General of India, says the reforms suggested by the Justice E M Lodha Committee is “an excellent document” to govern the BCCI.

“It ensures good governance, it ensures transparency, it ensures professionalism, and it ensures accountability,” Rai tells Harish Kotian/Rediff.com in the second segment of a multi-part interview:

The Justice Rajendra Mal Lodha Committee came up with changes in the BCCI constitution after being appointed by the Supreme Court following the match-fixing saga in IPL 2013 wherein he proposed a lot of changes in running of the Board.
As someone who has seen the working of the BCCI closely for nearly three years and having gone through the Lodha reforms, would you say if accepted, the reforms would make BCCI a better functioning body and more transparent?

The constitution, as prepared by Justice Lodha and as accepted by the Supreme Court, it is an excellent document. It ensures good governance, it ensures transparency, it ensures professionalism, and it ensures accountability.

It also ensures that elected administrators function at the policy level and a set of full-time professional managers do the day-to-day functioning of the BCCI.

So it is an excellent document, as good as any sports administering body in the world, and very easy to implement.

What is the biggest/greatest satisfaction for you during from your stint at BCCI?

My biggest satisfaction is that I could make BCCI player centric. And we could ensure in the 33 months that we were there, two things for the players — No 1 is the compensation package for the players.

All of us tend to believe that they are so well paid, why should we bother about their payments.

But who all are well paid? Only a handful, maybe 3-4 of them, who go in for endorsements and things.

The others are struggling, playing Ranji Trophy and other matches, so that compensation we made it market-oriented. We could not make it as good as what Australia or England pay their cricketers, but we made it fairly comparable.

No 2, we ensured that the players’ workload is properly planned. Before us, when the FTP was planned, no player was ever consulted.

We presented the FTP (Future Tours Programme) for the next round of eight years, to people like Ravi Shastri, M S Dhoni and Virat Kohli, and made them go through it.

We incorporated the comments that they gave and then finalized the FTP so that there is a good balance of workload on the cricketers, so making it cricketer centric is my biggest achievement. 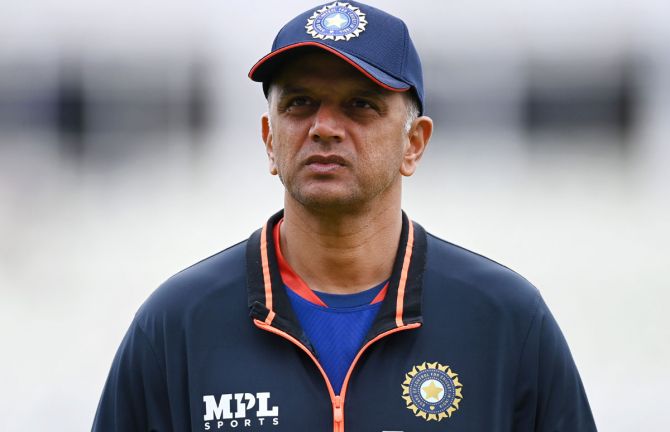 Another major decision that the COA took which proved crucial for Indian cricket was Rahul Dravid’s appointment as the NCA chief. A lot of young players under his watch at NCA have gone on to play for India.

I have written in the book and I have called it acquisition, and one of our best acquisitions was to persuade Rahul Dravid to head the NCA.

We tried to talk Rahul into becoming the head coach of the Indian team, but at that time he was not willing because of family commitments and he said, ‘I have been living out of a suitcase for the last so many years and now my children are growing up and I need to spend time with them.’

That is when we told him to take over at NCA which is located in Bengaluru itself and he accepted that.

Now, I am happy to see he has taken over as the head coach of the Indian team. I congratulated him and I told him that he has taken a very good decision.

Talking about controversies, the COA is blamed for BCCI not getting the money promised by the ICC as per the 2014 revenue model. How do you counter those charges?

Are people aware that till the time we took over in 2017, how much revenue had been received by BCCI as per that 2014 model? That $570 million is being talked about, how much of that share has the BCCI received, is anyone aware of it?

Unfortunately, they were so good at drawing the wool over everyone’s eyes. Nothing was received by the BCCI as per that model.

Even those who were the architects of that model could not ensure that the money started flowing. So it was a mythical model, it was a mirage. It was just throwing dust into the eyes of the people.

I have also written this in the book. Immediately after Mr N Srinivasan, Mr Shashank Manohar took over as the ICC chairman. He rolled back that Big 3 model in 2015 itself.

In 2016 May, Shashank Manohar chaired an AGM in which this model was discussed and it was Mr Sharad Pawar, who said that this was an unfair model, we have to take other cricketing nations along with us and develop cricket among those nations.

In May 2016, the BCCI AGM decided not to pursue that model so it is blatantly unfair to say the COA could not implement that model. Then the COA took over during Shashank Manohar’s reign at ICC, we were given $295 million, but Vikram Limaye and myself, we managed to persuade the ICC to increase that to $405 million and now the BCCI is receiving $405 million.

Our achievement was that No 1 that mirage, that mythical amount, was busted not by us, it was busted one year before we took charge. In fact, we increased the revenue from $295 million to $405 million, that was our achievement.