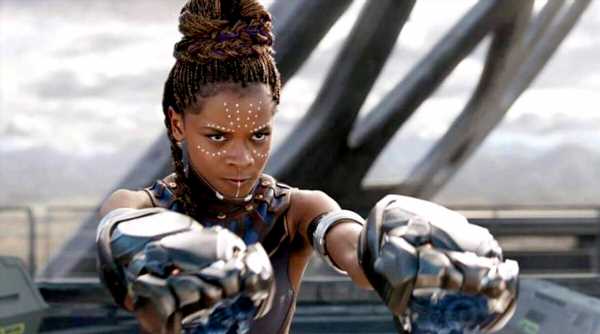 Black Panther: Wakanda Forever makes you mourn the legend that was Chadwick Boseman, but also assures that forward is the only way to go, observes Mayur Sanap.

When Black Panther made its screen debut in Captain America: Civil War, the fans of Marvel Cinematic Universe were intrigued as much as they were hooked. It was the first ever representation of an African superhero in a mainstream film.

The Marvel Comics character subsequently got its solo vehicle in Black Panther and was hailed as a watershed moment for superhero films.

Written and directed by Ryan Coogler (Fruitvale Station, Creed), the 2018 film was a genuine cultural phenomenon, grossing well over $1 billion, becoming the first comic book nominated for Best Picture at the Academy Awards and sparking a global conversation around racial prejudice, identity, world politics and colonialism.

Given the film’s powerful impact, the sequel was inevitable.

Titled Black Panther: Wakanda Forever, this second installment can’t help but seek to reignite that flame, as the tragic loss of lead star Chadwick Boseman, who died due to colon cancer in 2020, looms large throughout.

The film sets the elegiac tone even before the title card hits the screen.

Wakanda is mourning the loss of their beloved king.

In an environment void of Black Panther, avaricious world forces are trying to obtain vibranium — a mighty natural resource exclusive to Wakanda.

Led by Queen Ramonda (Angela Bassett, in a terrific turn), the Wakandans also face a new nemesis in the form of Namor (Tenoch Huerta), the king of underwater civilisation Talokan, who is on the brink of beginning a war with Wakanda for control of the surface world.

The stakes are high. And the great nation of Wakanda is as vulnerable as it has ever been.

Will it retain its glory?

Wakanda Forever is a popcorn flick in the best sense of the term, and given Marvel’s mixed track record post Avengers: Endgame, this commendation feels like a homerun.

It’s not an easy thing to pull off, but when done well, it makes for a fun and satisfying genre piece.

The film is emotionally rich and complex, but it doesn’t overwhelm.

It is respectful, even solemn, but there is still, thankfully, plenty of fun that you would typically expect from a Marvel entertainer.

Similarly, anyone who expects more from their blockbusters, those who would prefer flinty social commentary or stirring character drama, this film packs a hefty punch similar to its predecessor.

The film suffers pacing issues in the third act when the narrative hits several familiar story beats, but it doesn’t deviate far from the general structure these films use.

It is, however, the imaginative world-building and Coogler’s attention to his characters that makes it work.

He decides to focus the attention of this film inward, rather than outward and we are rewarded with a meaningful human story carrying real emotions — a rare occurrence in a Marvel film.

This is further accentuated by pulsating score designed by Ludwig Göransson, who is Director Coogler’s frequent collaborator.

Also noteworthy are the strong performances from the entire ensemble, particularly Letitia Wright, who was more of a supporting character in the original as T’Challa’s goofy sister. Here, she’s at the emotional crux of the film.

With all her moral dilemmas, her character journeys through an arc that leads her to an important decision that impacts the future of Wakanda.

Wright provides much needed gravitas to Shuri, making her the most emotionally compelling character in the film.

Mexican actor Tenoch Huerta, who you might remember from the Netflix show Narcos: Mexico, receives ‘introducing’ credit in the name slate.

His wing-ankled, pointy ears Namorcould have just been an ‘angry young man’ cliché but Huerta strikes a perfect balance of enigma, charisma and swag in his anti-hero act.

Lupita Nyong’o, who has a relatively small role as intrepid Nakia, steals every scene she’s in.

The real standout performer is Angela Bassett. She plays the bruised and wounded Queen of Wakanda, who won’t let the world have her pain.

That hidden pain, though, has to push through and Bassett lets out only as much as is necessary.

There is a moment in which she addresses the United Nations and reiterates the indomitable spirit of Wakanda. The scene packs so much power and intensity that it stops your breath.

Black Panther: Wakanda Forever makes you mourn the legend that was Boseman but also assures that forward is the only way to go.

When the film reaches its denouement, it bids a bittersweet goodbye with Rihanna’s passionate anthem Lift Me Up, over a lovingly filmed ode to the legacy that’s left behind.

In this very moment, it is conceded that Marvel is still marvellous. 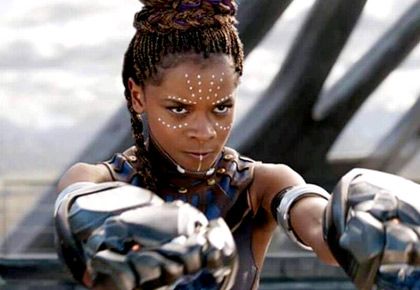