Srishti Lakhera’s Garhwali film, Ek Tha Gaon, the story of her ancestral village with only five locals left, will compete with some of the best Indian films of 2020 in the prestigious 'India Gold' category, at 22nd MAMI Mumbai Film Festival. 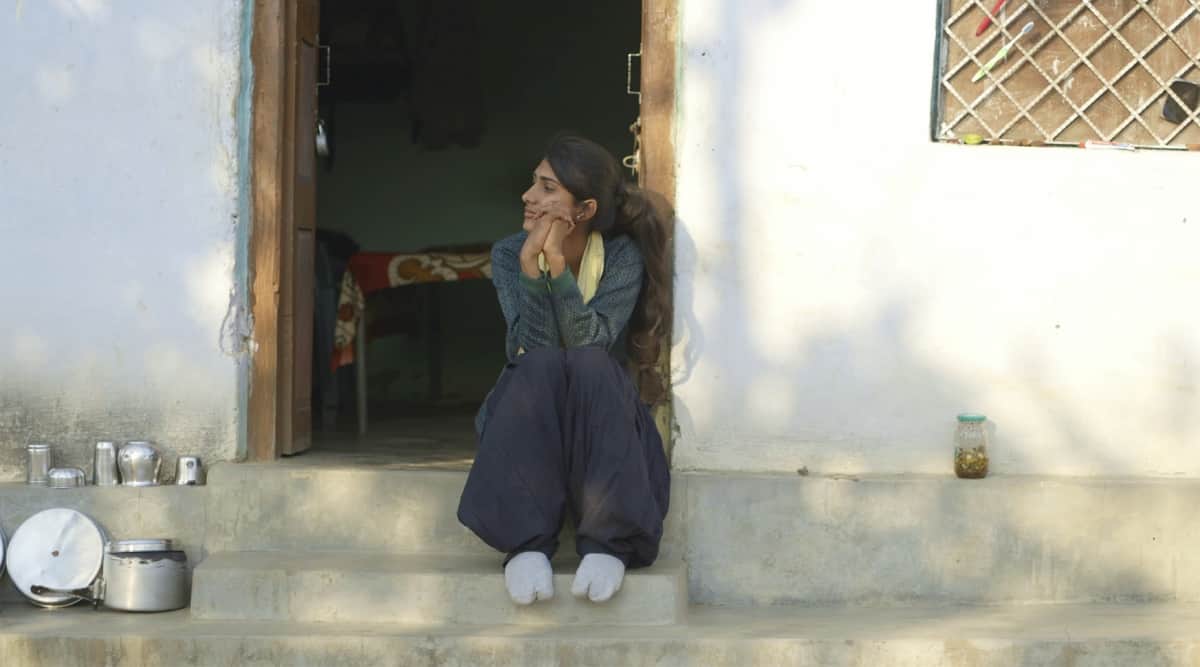 The camera paints vignettes of white mist against dark walls, black soot on kettles as fires burn and die, with indoors as barren and cold as the outside. Derelict houses entwined in overgrown foliage, cracked walls, broken wooden doors, a stray cat about, clothes strewn across a floor – speak of habitation once. About 800 years ago, a village settled by one kind of migration – by 50 families comprising kings from Rajasthan, Madhya Pradesh and West Bengal fleeing invasion and threat to life, and the Brahmins and Kshatriyas they brought along – is today empty because of another kind of palayan. If people make a village, what remains of it when they leave?

Srishti Lakhera’s Ek Tha Gaon (Once Upon A Village) is the story of Semla, one among 1,053 (the film tells) ‘ghost villages’ in Uttarakhand. The Garhwali film made it to the prestigious India Gold competition category of the 22nd MAMI Mumbai Film Festival. Others in this category include Arun Karthick’s hair-raising Tamil film Nasir on religious bigotry uprooting an ordinary life, Ivan Ayr’s Meel Patthar (Milestone), Farida Pacha’s Watch Over Me, and Prithvi Konanur’s Pinki Elli? (Where is Pinki?). While COVID-19 has pushed the festival to next year, MAMI (Mumbai Academy of Moving Image) announced the official selection earlier this month. Before this, the Visions du Reel Festival documentary festival in Switzerland put Lakhera’s film in their media library. The film comes after another similar film, Nirmal Chander’s Moti Bagh, on his farmer uncle in Pauri Garhwal, won at IDSFFK (International Documentary and Short Film Festival of Kerala) and was one of India’s entries to the Oscars last year. In 2019, Lakhera co-directed Ishq, Dosti and All That, a short film on queer friendship and love, with Bhamati Sivapalan and non-profit Nazariya, but Ek Tha Gaon is her first full-length film. Part-observatory, part-expository, it is poetic and personal. For Lakhera, 34, who grew up in Rishikesh and graduated from Delhi, Semla is her father’s ancestral village, one she would visit to meet grandparents and relatives during holidays. Her father, like many others, migrated. He pursued medical studies and a government job. Her mother’s side, from Pauri Garhwal, had almost entirely migrated to Dehradun long ago. “When I came here, our house was in ruins, amid overgrown bushes and grass. I saw the village road come up, but no public transport. There were seven locals, now just five remain, minus a couple who’ve returned owing to lockdown/joblessness,” she says in a phone conversation from Semla, where she and her parents are spending their days in the lockdown. Lakhera says that reverse migration is temporary. “Two men returned from South Africa and Taiwan, respectively, where they earned around Rs 50,000 per month working at hotels, that’s not the kind of money you’d make here,” she adds.

The film’s two women – 80-year-old Leela Devi and 19-year-old Golu – feel stuck, but, eventually, leave. Their own lives also tell the tale of the village’s lost past, present limbo, and hazy future. “In 2014, I was going to my home in Semla, not really to make a film, but seeing the older woman go about her days, I saw a film there. Though she recalled my grandparents and parents, it took me more than two years to build a connection. Then, I met Golu, this young person who aspires for a job and a better life,” says Lakhera. In the film, one sees Golu mostly staring into nothingness, the speed with which she flips TV channels, iterates her restlessness and the constant sense of feeling “unlucky”. 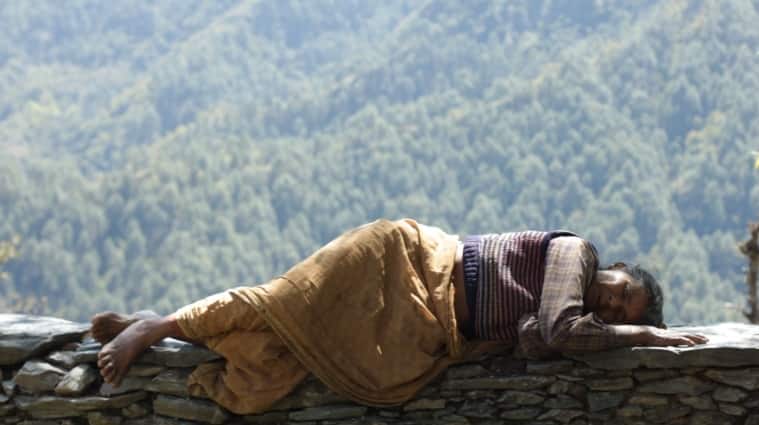 Leela speaks of a time when “night never descended on the farms, brimming with people.” She once grew ragi, jhangora, dal, 300 types of rajma (the vertical fields are rainfed, irrigation isn’t possible despite close proximity to India’s highest dam, Tehri), but now she uproots weeds and is spurned even by leopards. On trembling legs, one broken, she has to walk, to fetch water, and grocery 1 km away in Nyuli village, which has a doctor-less nursing unit. But the spunky Leela – who “refuses to take directions, or wear lapel mics” – equips herself with ready repartee, to navigate life amid dark thoughts and “ghost-like humans.” Lakhera ensures the gaze and engagement aren’t distant. She forgoes handheld camera for a warm, intimate and intuitive entry into the personal space and worlds of the characters, Sivapalan’s succinct edits give the film a felicitous medium pace.

Another character, Dinesh Bhai, neither has a livelihood nor access to abandoned lands to till, which the out-migrated landowners would rather let it waste than give to a Dalit. “People of our caste are landless,” he says in the film. “If given a small plot, I’d have grown onion, potatoes, garlic, etc. Raja ke time hum logon ko dabake rakhte thhe, wohi abhi tak chal raha hai (We were oppressed under the kings, and remain so now).” Dalits, Lakhera says, have been in the state much before the upper-caste people, and are far more indigenous to the land. The locals are dependent on the ration system and engaged in MGNREGA work – maintaining pagdandi (walking trails), cutting grass/overgrown foliage. “Do your job today, get money later. That kind of delay is hard for the people,” adds Lakhera. Since April, the wages of all-India MNREGA workers, according to the MNREGA website, of around Rs 2,974 crore and counting, are yet to be cleared.

The film, however, isn’t populated with figures. For Lakhera, cinema is “emotion,” a glimmer of hope amid the gloom and despair. The ending shows Leela and Golu, sitting on the same parapet where the octogenarian had spent many a day in wistful sleep, happily sharing their town stories. Leela Devi, who now lives with her daughter in Dehradun, is visiting the home she once refused to leave, and Golu, who now stays with relatives in Rishikesh, training to be a yoga teacher, is visiting her parents, who are among the five villagers remaining in Semla.