Kapil Sharma posted a picture with two masked men, and asked his fans if they could guess who they were. See the picture here. 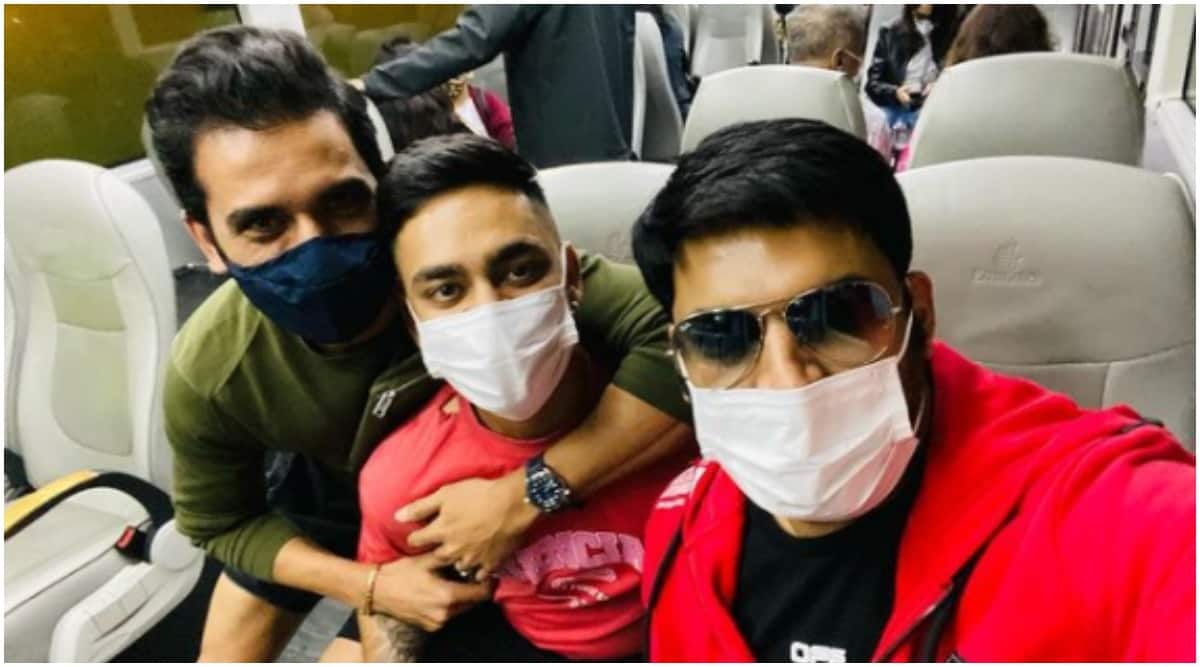 Comedian Kapil Sharma engaged his over 36 million Instagram followers on Thursday, when he shared a selfie with two other masked men, and asked his fans to guess who they were. All three appeared to be sitting inside a bus, and were wearing masks.

Kapil captioned the post, “Any guess? Who all are there in this picture?” But his fans didn’t need to be prompted. Many of them identified the two others as cricketers Ishan Kishan and Deepak Chahar. His The Kapil Sharma Show co-star Bharti Singh, however, joked, “Nahi jaldi daso (I don’t know, tell me quickly).”

Kapil returned as the host of the sketch comedy show recently, after being on paternity leave. Kapil and his wife, Ginni Chatrath, became parents for the second time this year when they welcomed son Trishaan. They also have a daughter, Anayra. He shared the first picture of his two children together on the occasion of Father’s Day.

This week, Kapil will host the Satyameva Jayate 2 team on his show. Promos have teased his humorous interactions with actors John Abraham and Divya Khosla Kumar, and director Milap Zaveri. In one of the promos, Kapil bragged after he got some diet advice from John, and also poked fun at Divya’s wealth—she is married to T-Series head honcho Bhushan Kumar.

Recent guests on The Kapil Sharma Show have included Salman Khan, his brother-in-law Aayush Sharma, and their Antim: The Final Truth director Mahesh Manjrekar. The show also features comedians such as Kiku Sharda, Krushna Abhishek and others.