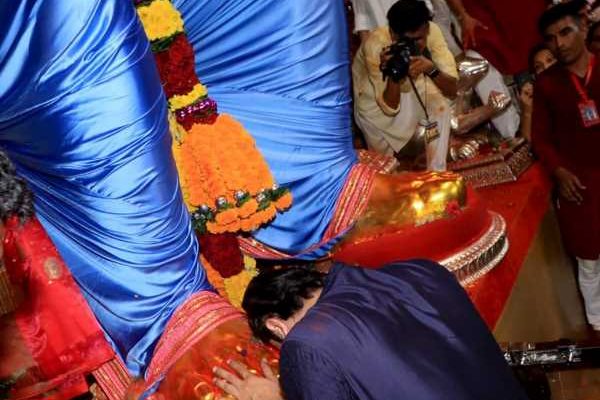 A day before the release of Brahmastra, Ranbir Kapoor and his BFF Ayan Mukerji — who has directed the film — took blessings from Lalbaugcha Raja.

There have been calls to boycott Brahmastra, largely due to a comment Ranbir Kapoor passed in 2011.

Recently, protesters did not allow the actor and his wife, Alia Bhatt, to worship at the Mahakaleshwar temple in Ujjain. Ranbir bumps into Sonu Sood at the pandal. 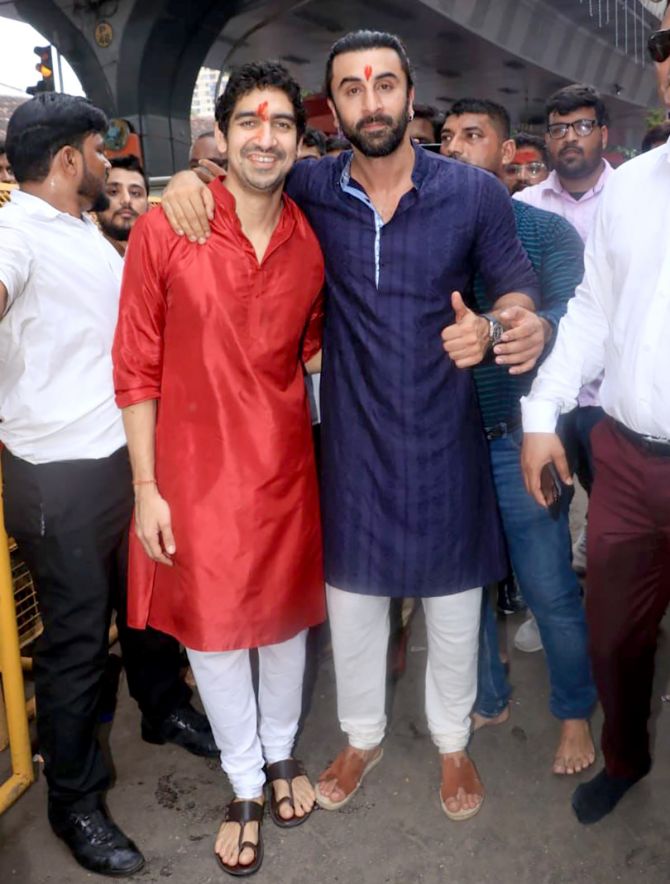 Are the prayers working? The film has been getting good reviews. 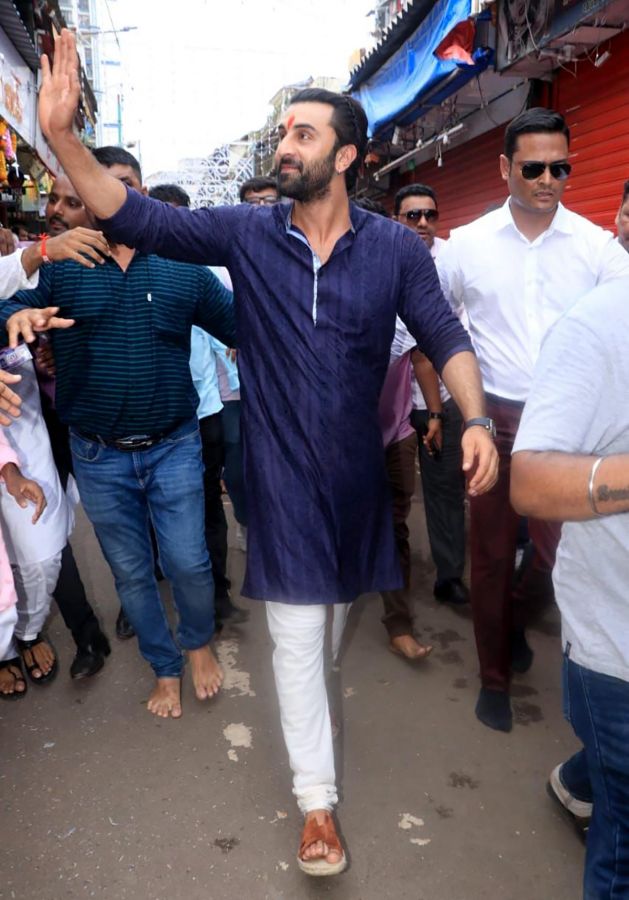 Alia, who also stars in film, is expecting a baby this winter and did not join the duo. 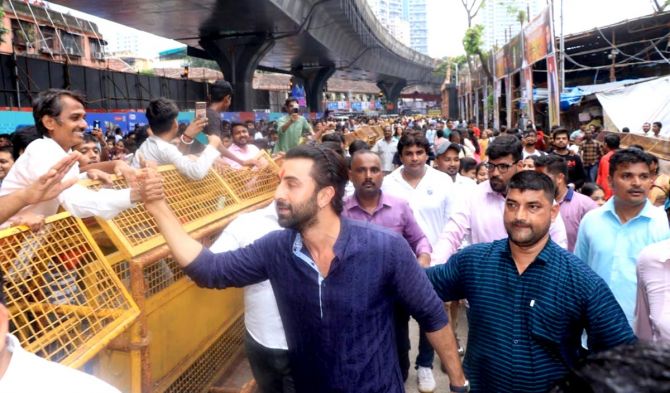 Crowds gather in large numbers to catch a glimpse of Ranbir. 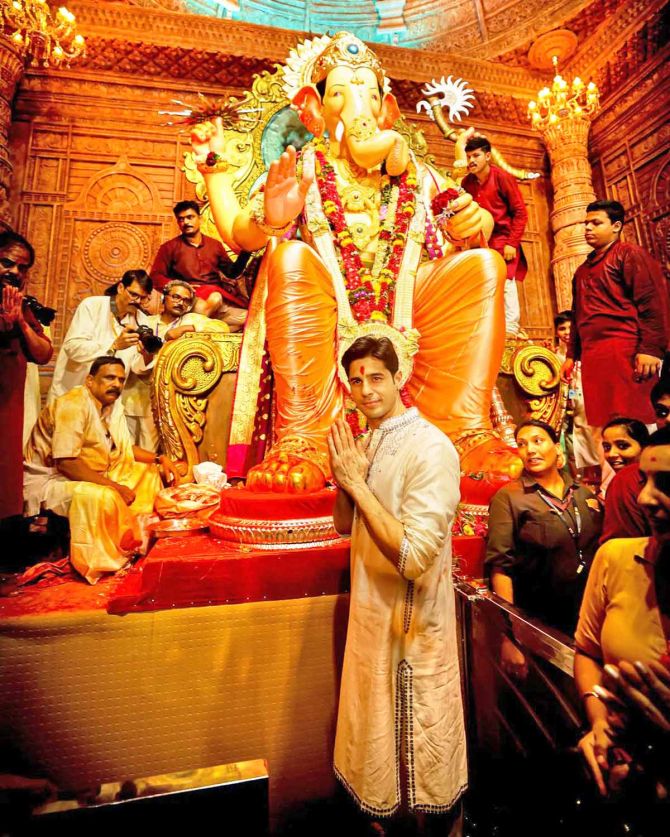 Sidharth Malhotra visits Lalbaughcha Raja as the trailer of his new film, Thank God, is launched. The film — a Diwali release — will hit the screen on October 25. 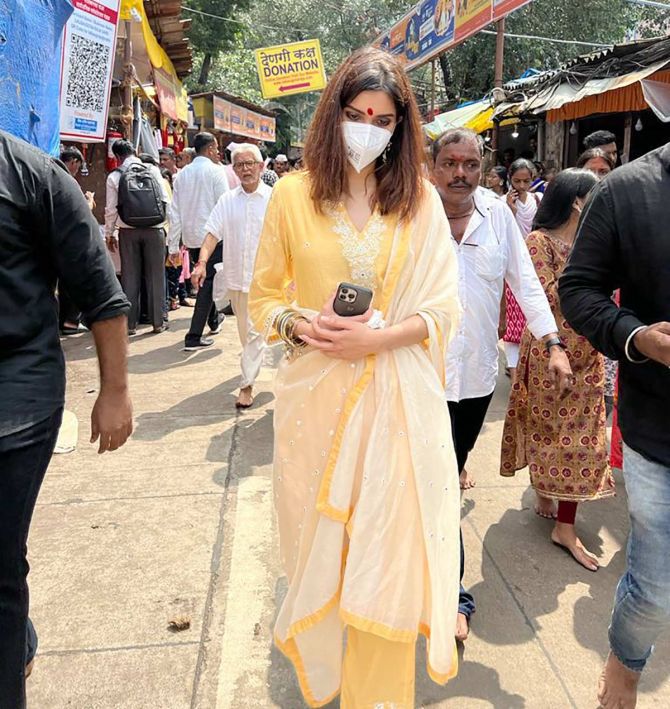 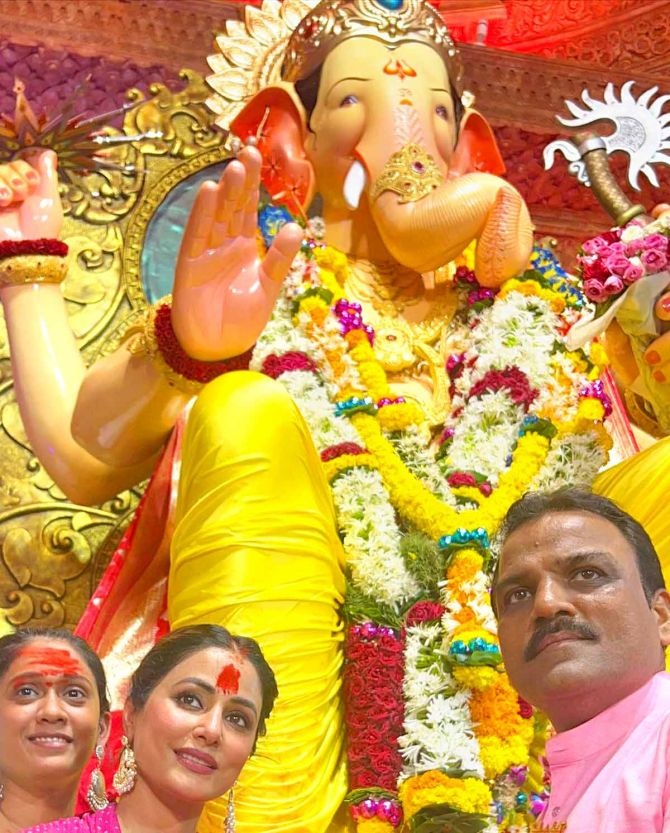 Hina Khan‘s first stop after she returned from her vacation is a darshan at Lalbaug. 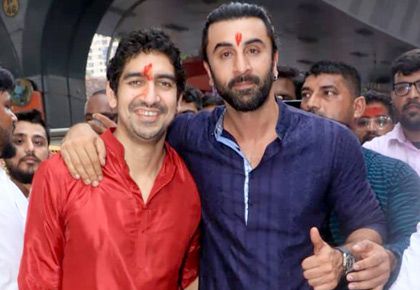