‘You are working with the best of the lot.’
‘The best part is that they treat you equally, unlike in India.’

The actor joins the third season of the Star Trek Web series, which releases in India on October 16.

Adil, who came away really impressed by his co-star Sonequa Martin-Green, tells Patcy N/Rediff.com, “I have acted in thousands of shows across the globe, I have done at least 73 films so far but when you go work with another person of the same calibre who is also a very nice person, it’s like two Kathakali actors who are meeting from different areas of Kerala. They don’t know each other, but they know their thing.”

How did the Star Trek team approach you?

I have an agent in Hollywood, unlike India.

I was shooting a film in Atlanta called India Sweets and Spices.

It’s a film where Manisha Koirala and I are a couple and this is a story of parents and their daughter.

My agent called and said they want me to audition for this specific role and I said, if I like the role, I will do it.

I auditioned for it, shot myself on my phone and sent it to them. After a week, they said I am in.

How many days did you shoot? You have a very prominent role in the series.

I can’t talk about my role because I have signed ironclad contracts.

But the experience of shooting Star Trek is very unique because you are working with the best of the lot.

The best part is that they treat you equally, unlike in India.

Whatever education we have, in every household, there is a patriarchal feudal system in India. Even women practice patriarchy or feudalism.

The way we treat the person who comes to work… we do not treat them equally, do we?

I am a guest actor in the Star Trek series, right? And they had been doing it for so many years now.

This is the third season of Star Trek.

In spite of being the star of Star Trek, the first thing Sonequa Martin-Green did was introduce me to the entire team.

They stood in a circle.

I was brought in and they said ‘This is Adil Hussain from India. Welcome to the family of Star Trek.’

Then everybody looked at me, I guess they expected me to say a few words.

So I said I was born in a small town in Assam called Goalpara, where newspapers used to come three days later. Today, I’m crossing the galaxies with you. So thank you for including me and your family.’

Then Sonequa gave me a tight hug and said, ‘I am so looking forward to working with you, Adil.’

The hierarchy which we see in India, I am not saying all of them are like that, but I see it quite often in India.

Like, if you are a star, for you, somebody who’s playing a small role in two episodes is a nobody, unfortunately.

There, you are treated at par with the rest of the people.

I have acted in other international projects like Life of Pi or in the Norwegian film industry or independent films in the West, most all of have this amazing sense of equality and respect for your craft.

There is no hierarchy there. 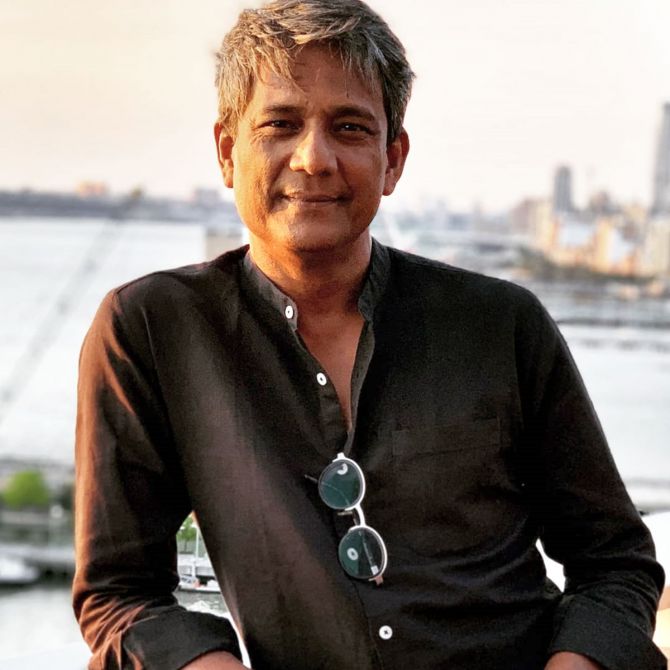 How else are the two industries different?

The only thing which comes to my mind is that the amount of talented people in India is enormous.

There is no dearth of talent.

But the culture of film-making, which has been prevalent for such a long time, and the people who invest money in the film-making business, people who have the power…

If the actor wants to say something which is subtle and multi-dimensional, trying to depict something which will throw light on certain issues, which will have multiple points of views, not just black and white, through his film, nobody will finance such films.

People, who have the power to make films in India, knowingly or unknowingly control the creative aspect. That is less in Europe and America.

Over there, you are given enough space to explore your creativity. There is freedom of what you want to say.

The artist can talk about human lives, relationships and society from a deeper perspective, with multi-layered realities, Europeans are extremely fond of these aspects.

Their government finances these movies in spite of the fact that they might be critical of the government as well.

Here, we are depend on individual producers and his or her whims and idiosyncrasies.

We have to abide by their rules, ‘isko lelo, usko lelo‘.

All these things are way less in the West.

They are constantly surpassing the limit of excellence.

They raise the bar all the time, their standard of expressing their creativity is very high, unlike India, where we have the ‘chalta hai‘ attitude.

I also appreciate the Indian attitude because after all, it is not the end of the world if you can’t do something.

But the danger of this attitude is that it produces mediocrity.

The disadvantage of the European attitude of pushing for excellence is that it creates a lot of tension and stress, which I have seen. But they will produce excellent movies.

So both have advantages and disadvantages. How was it working Sonequa?

Like I said, the first thing she did was she hugged me and said, ‘I am looking forward to working with you, Adil.’

That broke all boundaries and then we rehearsed like how two theatre actors would.

We would rehearse the scenes, and they were very emotional scenes.

When two human beings connect at a vulnerable level, they don’t need to act. I just had to respond to her.

She was so open, so vulnerable.

She had put down all her emotional defenses, which is very rare to see in actors in India or abroad.

I saw the kind of respect people have for her on the sets. Not because she is a star but because of the person she is.

I would love to act with her again and again.

I have acted in thousands of shows across the globe, I have done at least 73 films so far, but when you go work with another person of the same calibre who is also a very nice person, it’s like two Kathakali actors, who are meeting from different areas of Kerala. They don’t know each other, but they know their thing.

They just go on stage and have fun.

If the person is wonderful, there is a jugalbandi<./p>

Have you watched the first two seasons of Star Trek? What did you think about them?

What I loved about Star Trek is that the idea behind it.

The idea of human exploration of different races, species across the galaxies and the idea to bring them all together, so that we can live in peace.

The fundamental idea is to understand the culture and customs of others, which ideally, we should do on earth.

I enjoyed the first two seasons and it opened up my imagination.

It’s like making you see something you would have never thought of.

Were you a fan of the Star Trek movies and the original series we watched on Doordarshan?

The trouble is that I saw Star Trek much later because I grew up in a town, where television was not a thing, where the newspapers would come three days later.

So my introduction to Star Trek was much later.

They were crossing the galaxies and I was still waiting for my newspaper! (Laughs) 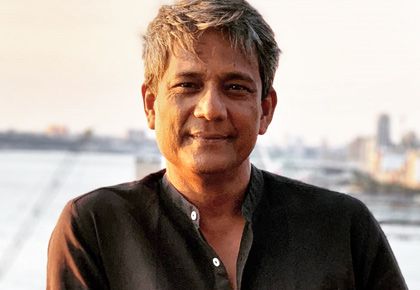