Ankit Gera shared that his wife Rashi Puri did not have a clue about his work as an actor and liked him as a person. 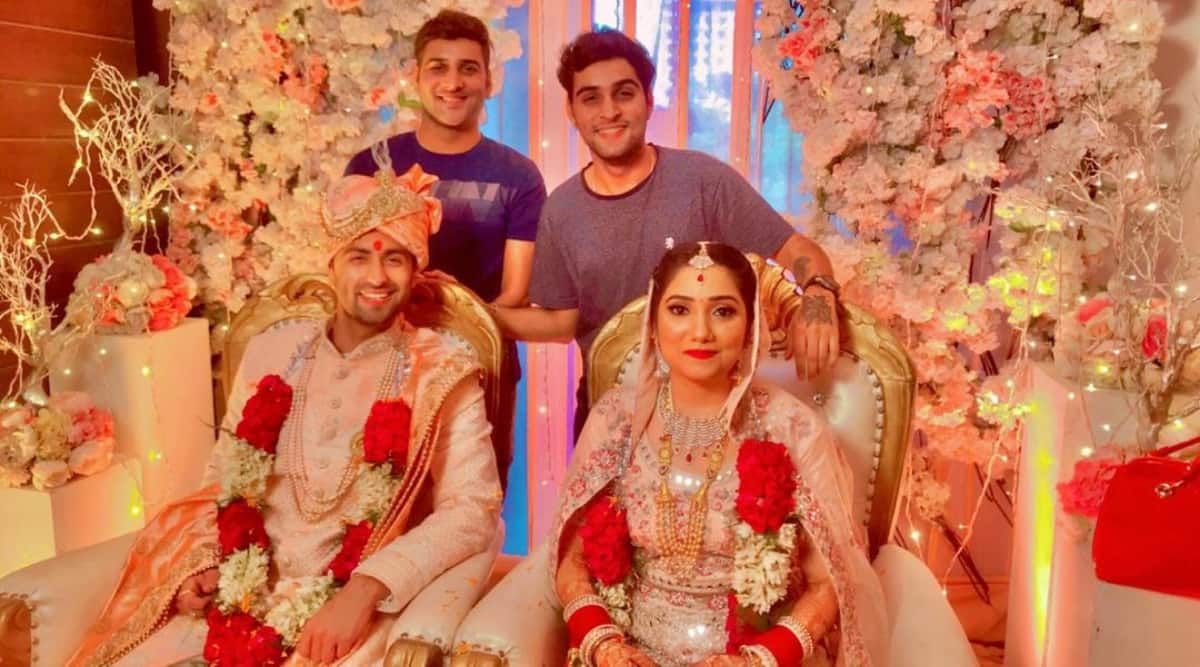 Pratigya actor Ankit Gera got married to Rashi Puri, an NRI from Nigeria, on June 5. The wedding function, attended by only 10 people, was held in Chandigarh. The actor shared that it was an arranged marriage.

“It’s an arranged marriage. We are family friends. Our parents were looking for suitable partners for us and that’s when they suggested that we should talk. We started talking in April and soon developed a liking for each other. She flew down to India around three weeks ago before the wedding to meet me. Even though it was a short span, we got to know each other better and decided to take the plunge,” Ankit Gera told ETimes.

The Sapne Suhane Ladakpan Ke actor also mentioned that he was never in favour of a lavish wedding. He said that while their families were planning to fix a December date, he decided to have a lockdown wedding ‘which was attended by people who matter to us’.

Talking about his wife Rashi Puri, Ankit Gera said that they are very different people. Interestingly, Rashi did not have a clue about his work as an actor and liked him as a person. The actor admitted that this quality made him fall in love with her.

Ankit Gera started his career with Mahi Way and has been part of shows like Maharakshak: Devi, Santoshi Maa, Agniphera and more recently Choti Sarrdaarni. He was also a contestant in Bigg Boss 9. The actor has dated Adaa Khan, Roopal Tyagi and Sara Khan in the past.