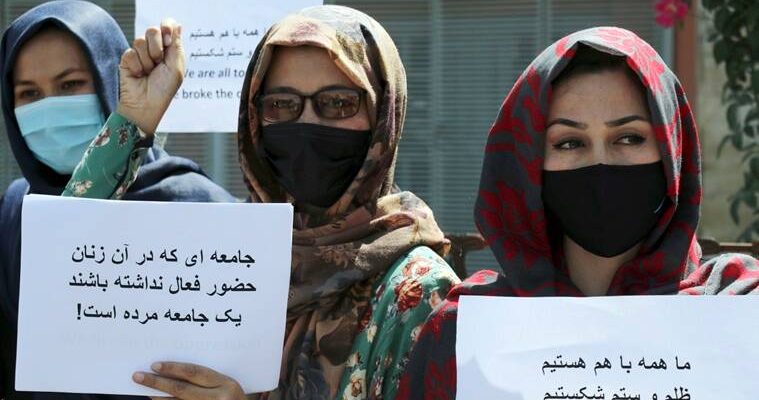 Today Afghanistan Crisis Highlights: Another evacuation flight leaves Afghanistan with 21 US citizens onboard Afghanistan Taliban Crisis LIVE Updates: The Taliban spokesman has not announced a women’s ministry while naming the remaining cabinet members, according to an AFP alert. However, the spokesman said that the Taliban will allow girls to go back to school ‘as soon as possible’.

US President Joe Biden begins his first visit to the UN General Assembly ready to make the case to world leaders that after closing the book on 20 years of war, the US aims to rally allies and adversaries to work together on a slew of crises including the COVID-19 pandemic, climate change and trade and economics.

The president faced a healthy measure of skepticism when he arrived in New York on Monday to start a week of high-level diplomacy. Eight months into his presidency, Biden has been out of sync with allies on the chaotic ending to the US war in Afghanistan.

Here are some of the key stories to follow:

The Taliban announced a list of deputy ministers on Tuesday, failing to name any women, despite an international outcry when they presented their all-male Cabinet ministers earlier this month.

The list was presented by government spokesman Zabihullah Mujahid at a new conference in the Afghan capital, Kabul.

The list of deputy ministers signals that the Taliban have not been swayed by the international criticism and that they’re doubling down on their current hard-line path despite initial promises of inclusivity and upholding women’s rights.

Defense Secretary Lloyd Austin has ordered a senior-level review of the investigation that found that 10 Afghan civilians, including seven children, were killed in an August 29 US drone strike in Kabul that the Pentagon initially said had killed an Islamic State fighter. The reviewer is to consider whether any military disciplinary action is warranted.

The decision to require a review is a reflection of the seriousness of the mistakes made in the final hours of the US military withdrawal from Kabul, which included a hurried evacuation of more than 120,000 Afghans, Americans and others.

Biden administration seeks to lift US refugee cap to 125,000

US President Joe Biden’s administration wants to nearly double the number of refugees admitted to the United States to 125,000 in the upcoming fiscal year starting on Oct. 1 in keeping with a campaign promise, according to a statement from the State Department.

The State Department will consult with the Department of Homeland Security and Congress to lift the cap, which was set at 62,500 for the 2020 fiscal year ending this month, the statement said. The plan to dramatically increase refugee admissions comes at a time when tens of thousands of Afghan refugees are on US military bases awaiting resettlement in the United States.

Another evacuation flight leaves Afghanistan with 21 US citizens onboard

The US State Department has confirmed that a Qatar Airways flight flew 21 US citizens and 48 permanent residents out of Afghanistan on Sunday.

State Department spokesperson Ned Price said in a statement Monday that the US will continue to help citizens, permanent residents and Afghans affiliated with the US government to depart Afghanistan. Price says: “We are thankful to Qatari authorities, who continue to coordinate these flights with the Taliban.”

The Taliban have sacked the executive director of Afghanistan’s cricket board.

Hamid Shinwari posted on his official Facebook page on Monday that he had been fired by Anas Haqqani, the younger brother of the Taliban’s new Interior Minister Sirajuddin Haqqani. He said he was not given any reason for his dismissal, but was told he would be replaced by Naseebullah Haqqani. The official Facebook page of the Afghanistan Cricket Board also announced Naseebullah Haqqani as the new executive director.

‘We were them:’ Vietnamese Americans help Afghan refugees

In the faces of Afghans desperate to leave their country after U.S. forces withdrew, Thuy Do sees her own family, decades earlier and thousands of miles away.

A 39-year-old doctor in Seattle, Washington, Do remembers hearing how her parents sought to leave Saigon after Vietnam fell to communist rule in 1975 and the American military airlifted out allies in the final hours. It took years for her family to finally get out of the country, after several failed attempts, and make their way to the United States, carrying two sets of clothes a piece and a combined $300. When they finally arrived, she was 9 years old.

These stories and early memories drove Do and her husband Jesse Robbins to reach out to assist Afghans fleeing their country now.