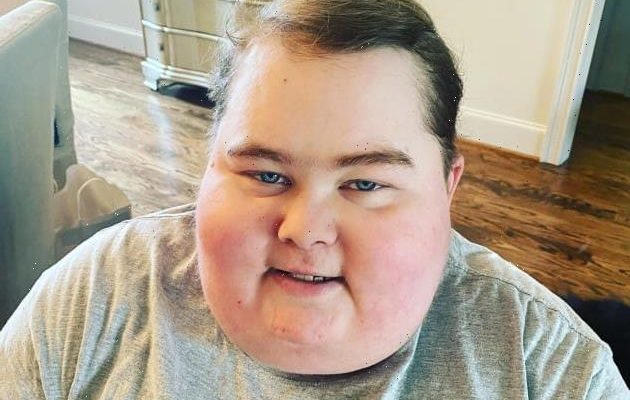 Absolutely tragic news this week out of the reality television universe:

Fuller Goldsmith, who won Chopped Junior at the age of 14 and later competed on Top Chef Junior, has passed away from cancer.

“We are devastated after hearing about the loss of our Top Chef Junior alum, Fuller Goldsmith,” production company Magical Elves confirmed in an Instagram post on Wednesday.

“He was an incredible chef and the strongest kid we’ve ever met.

“From the minute he was introduced to us, we knew he would make an impact on everyone around him and be a positive force in cooking world.

“To his family, we give all our love as they mourn the loss of someone truly special.”

Top Chef Junior host Vanessa Lachey remarked on the post, sharing her grief in the wake of Goldsmith’s death.

“We all Loved Fuller so much! And will never forget his contagious smile, laugh and butter tricks,” the actress wrote.

“Sending so much Love to his family. We will never forget you Fuller.”

Lachey met Fuller late 2017, not long before the teenager — who nearly made it to the finale — was forced to leave early to prioritize his health.

At the time, Fuller wrote on Instagram: “I am now better than ever and you have not seen the last of FULLER GOLDSMITH!!!!!!

In February, however, Goldsmith shared that the leukemia had returned.

“Unfortunately the news regarding the tumor was not what I was hoping. The same Leukemia is back,” the aspiring chef wrote on Instagram, adding that he would be starting proton radiation within weeks:

“I will have 12 days of radiation and then more chemo to make sure it’s gone once and for all. Round 5- I’m ready to fight!”

Goldsmith also cooked alongside Guy Fieri at the 2018 Stagecoach Festival.

In an Entertainment Weekly video, the Diners, Drive-Ins and Dives creator told Fuller:

“What you’ve already accomplished in your life is amazing. The example you’re setting for other kids is amazing.

“The example you’re setting for adults—You don’t give up.”

Goldsmith was diagnosed with acute lymphoblastic leukemia (ALL) when he was just three years old.

In late 2018, the cancer returned for the fourth time and he sought experimental chimeric antigen receptor (CAR) T-cell immunotherapy in Seattle.

He entered remission and returned home to Alabama in the summer of 2020.

We send our thoughts to Goldsmith’s family members, friends and loved ones. May he rest in peace.

Celebrities Who Died In 2021: In MemoriamStart Gallery