The following article includes details of alcohol and drug consumption.

Actor Jada Pinkett Smith is opening up about her past struggles with substance abuse. The “Girls Trip” star revealed on “Red Table Talk” that she used to mix drugs with heavy drinking. She began by explaining, “I was a brown liquor drinker, vodka. I could drink almost anybody under the table.” Smith then explained to her mother, Adrienne Banfield-Norris, and her daughter, Willow Smith, that she thought she had everything under control, “When I moved to red wine like, ‘This is better for me because they say red wine is good for you.'” She continued, “But drinking red wine for me was like drinking glasses of water… because I’m used to that hard hit.”

Smith said her issues with substances go back to high school, but when she moved to California, things apparently got worse. She explained, “I was doing cocktails, so: ecstasy, alcohol, weed.” Smith had previously addressed on her show how she used drugs to deal with depression. She confessed (via People), “In my depression, using ecstasy, drinking a whole lot, you know, and smoking a bunch of weed and trying to just find some peace in my mind.”

The talk show host didn’t think she had a problem, though. She admitted, “I wasn’t doing things that I thought were addictive. But I would do those three together, that was my cocktail. Your threshold becomes so high.” She added, “I was like a weekend party girl.” Eventually, Smith realized that kind of party couldn’t continue any longer. 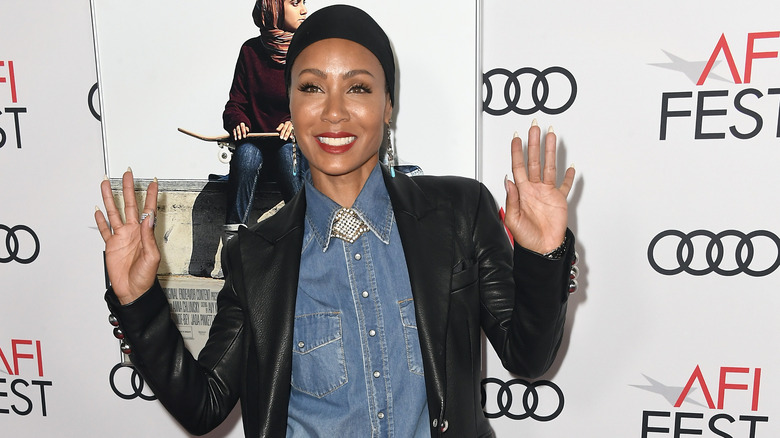 “Red Talk Table” host Jada Pinkett Smith didn’t hold back on her show when discussing her past issues with drugs. The mother of two revealed that she knew she had to stop using, especially because addiction runs in her family. Her mother, Adrienne Banfield-Norris, had struggled with heroin addiction. Smith also recalled an “eye-opening” experience she had with drugs on the set of 1996’s “The Nutty Professor” that led her to quit. She explained, “I went to work high, and it was a bad batch of ecstasy. And I passed out and I told everybody that I must have had old medication in a vitamin bottle.” She continued, “But I’ll tell you what I did, though. I got my a** together and got on that set. That was the last time.”

Smith’s daughter, Willow Smith, told her mother that she “would never do something like that,” even though she herself smokes weed. Yet Willow did add that she stops smoking two months out of the year, to which Smith replied, “I’m grateful that that’s all you’re dealing with because when I was your age, I was doing it all.”

These days, Smith still can’t be around some dark liquors and vodka but does occasionally have a glass of wine. Yet she does recognize how lucky she is, saying, “I think back on my life, like, I am a walking miracle, no doubt about that. People will not believe.”

If you or someone you know is struggling with substance abuse and mental health, please contact SAMHSA’s 24-hour National Helpline at 1-800-662-HELP (4357).