A genus of otters that lived in southern Asia, millions of years ago. How did one species travel to Germany? 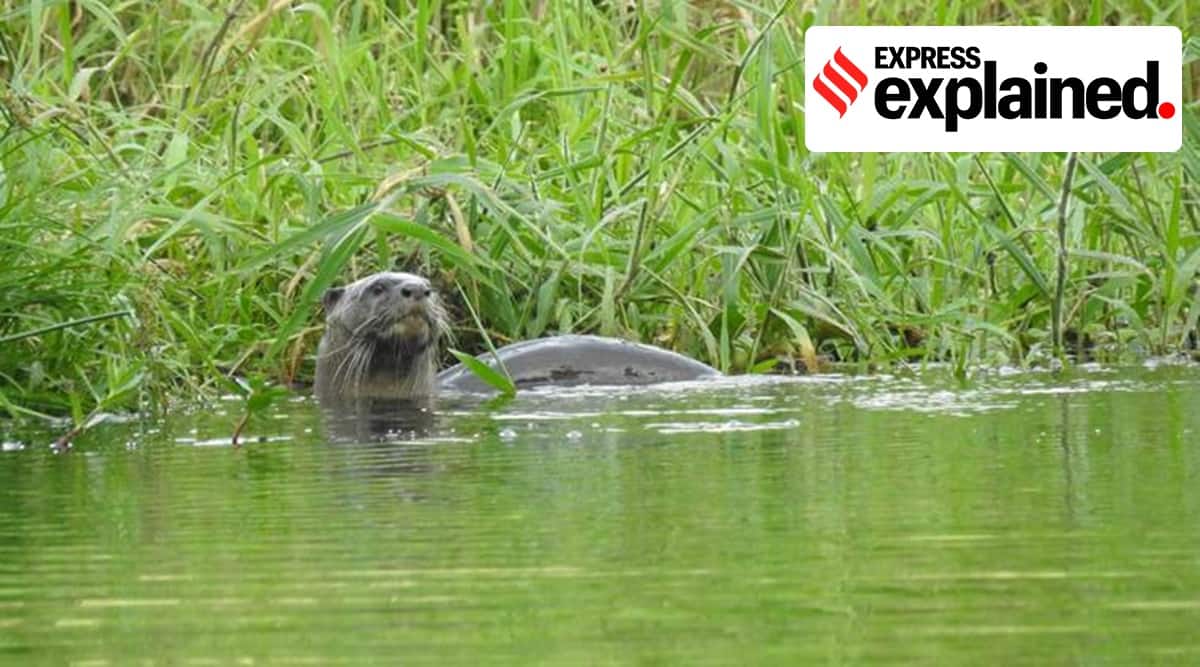 Between 12.5 million and 14 million years ago, members of a genus of otters called Vishnuonyx lived in the major rivers of southern Asia. Fossils of these now extinct otters were first discovered in sediments found in the foothills of the Himalayas. Now, a newly found fossil indicates it had travelled as far as Germany. The discovery has been described in the Journal of Vertebrate Paleontology.

Researchers from the Universities of Tübingen and Zaragoza have discovered the fossil of a previously unknown species, which they have named Vishnuonyx neptuni, meaning ‘Neptune’s Vishnu’. The species was discovered from a 11.4-million-year-old strata in the area of Hammerschmiede, which is a fossil site in Bavaria, Germany that has been studied for about 50 years, the University of Tübingen said in a press release. 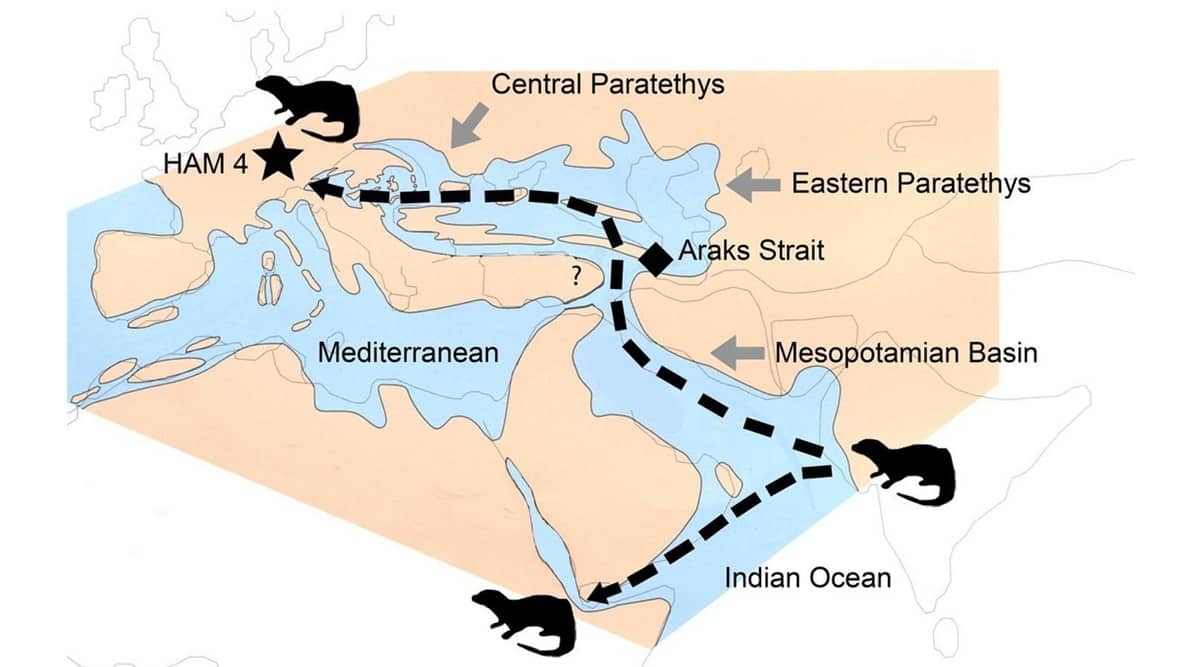 This is the first discovery of any member of the Vishnuonyx genus in Europe; it is also its most northern and western record till date.

Vishnuonyx were mid-sized predators that weighed, on average, 10-15 kg. Before this, the genus was known only in Asia and Africa (recent findings show that Vishnuonyx reached East Africa about 12 million years ago, according to the release).

Vishnuonyx depended on water and could not travel long distances over land. How did it travel as far as Europe? According to the researchers, its travels over 6,000 km were probably made possible by the geography of 12 million years ago, when the Alps were recently formed. These Alps and the Iranian Elbrus Mountains were separated by a large ocean basin, which would have made it easier for the otters to cross it.