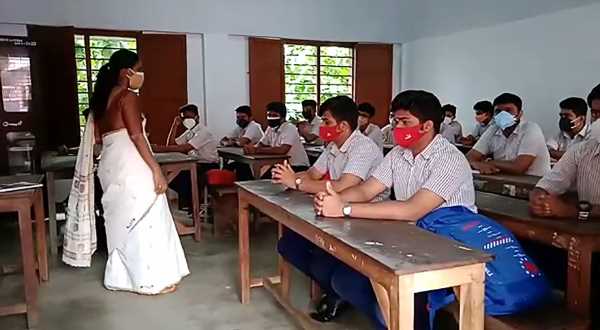 The future belongs to the young, not the old, asserts Shyam G Menon.

On August 29, 2022, the leader of a numerically strong and politically influential caste in Kerala, became the latest prominent person to decide that boys and girls sitting together in classrooms was ‘against Indian culture’.

Not just that, the gentleman concluded, a co-ed school ‘breeds anarchy’.

For good measure, a justification was also offered: ‘We are not living in America or England.’

PTI’s report on the subject said that the leader was responding to queries from media persons regarding the Left Democratic Front government’s gender-neutral policy of same uniforms for both girls and boys and both the sexes being taught together at co-ed schools in Kerala.

Earlier in July 2022, The New Indian Express had reported of the Kerala State Commission for Protection of Child Rights recommending closure of boys-only and girls-only schools in the state from the 2023-2024 academic year.

The Commission directed the state government to prepare an action plan for the implementation of co-education system in all schools, the report said.

In Kerala, the politics of the earlier mentioned leader straddles a tricky slope.

On the one hand, the group he leads has always been important for the state’s Left politics.

On the other hand, he has also hobnobbed with the political Right. 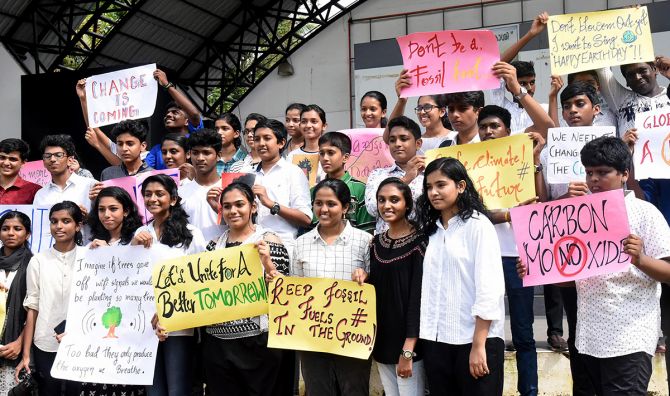 A sizable number of elders, decide what is apt and inapt for the young despite having little idea of the world confronting the younger generation.

Not that the young know where they are headed. But at the very least, what lay ahead is more their world than that of the older lot.

In fact, at 7.9 billion strong-population globally (over 1.3 billion of that in India) and resources strained, the older lot has only complicated human existence with associated troubles.

Sample climate change, which will be among the young’s inheritances. It maybe the legacy of a lifestyle receding in our rear-view mirror. But the damage has been done.

Given their seniority in age, most elders will be free of the perils of climate change in some years’ time. The young won’t be.

A child born in 2022 may still be around to witness the consequences of a potential three-degree-rise in average global temperature by the end of this century (that’s the forecast for climate if humanity does not act).

Doesn’t the future seem more worrying for the child than its parents or grandparents?

Isn’t the future then, more the child’s than anyone else’s?

Or take the communally polarised ambiance, the actions of our politicians and community leaders will be gifting the young to cope with.

In the urge for electoral gain and one-upmanship, we don’t hesitate to exploit religious and communal issues in manners that leave society too scarred to heal for generations to come.

It is clear as daylight that this is a deeply incorrect thing to do. Yet the lobbies indulging in such action find funding and traction.

How does this look as legacy bequeathed to the young?

Does it seem modern; helpful for the future, humanity is set to confront?

One can invent a ton of insular propaganda to justify such schismatic stances but its irrelevance cannot be concealed.

These are matters more disturbing for the future, than co-ed schools. 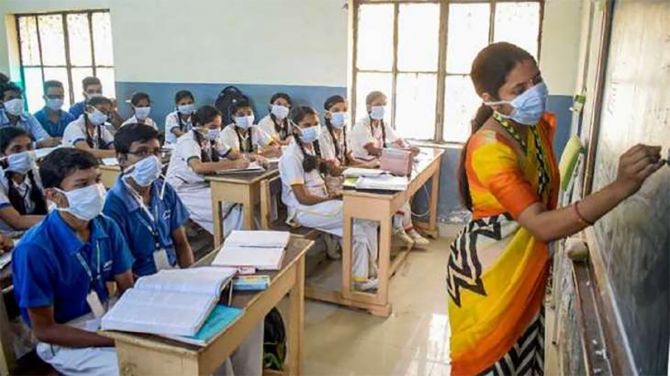 In the case of co-ed schools, the real fear is of the pangs of growing up in a mixed gender environment and our prudish society’s inability to address it, used as it is to measuring life through the prism of career and compliance with tradition.

Pangs of the above-mentioned sort, require parents to be friends of the child, conversing with it and guiding it through trying situations in a manner that does not demolish its confidence and capacity to decide independently.

It is not a predicament traditional Indian parenting is good at.

No wonder that ‘We are not living in America or England’ quip as means to denounce co-ed schools.

Isn’t it better to admit that you (as an individual) don’t know how to handle the situation and make way for more competent others to manage the subject?

Why wish for education to stay trapped in an old paradigm?

Last but not the least, it is easy to suspect distractions, drum up anarchy and lay the fault at the doorstep of students.

But the truth is, even in world harboring distractions at every turn, we acquire focus when something engages us deeply enough.

Its equivalent in the classroom would be — quality of teaching; teaching that brings subjects alive.

The bulk of Indian education survives on the desperate need for it; the widespread belief that education is a must.

This naturally makes attendance and submission to rules more important in learning, than enquiry, discovery and comprehension.

Our teachers are typically equipped to tackle the first few qualities. The latter, which is the stuff of teaching that inspires students to rise above distractions, continues to be a rarity.

Shouldn’t we rise up to such challenges and not slink back into medieval caves of strict instruction?

Instead of ruing distractions, why don’t we leverage excellent teaching to get young people genuinely interested in education?

As of 2022, Indians are present in many countries, having travelled there in search of better education, better employment and better life.

When it comes to Indian society enforcing conservative views, this lot settled overseas, is lucky.

The laboratory for that exercise, is always India.

The Indian Diaspora is spared. And for good reason — many elders in India have children living overseas, sometimes with grandchildren studying in co-ed schools there.

It has been one of the paradoxes of the Indian Right-Wing’s ascent that the Diaspora overseas, which it routinely taps for funding, is spared the regression of threats and policies unleashed in India.

Now, if we are not like the Americans or the English as the self-appointed guardians of our culture insist, then why do we strain to attach Indian roots to every Indian living overseas and becoming successful?

By the second and third generation, the Diaspora would be attending co-ed schools our elders love to hate.

Yet we look at our cousins, nephews and nieces overseas as extended family — right?

Why should we in India be declined opportunities they have?

The esteemed leader is certainly entitled to his opinion and he is free to air it. But how classrooms should be, how they should function, what should be taught — that is best left to experts in the field to decide with inputs from parents and students.

Above all, it should be done with a realistic eye on the present and the future; not traditions of the past.

The future belongs to the young; not the old.