After debacle in first Test, hosts look to bounce back on surface expected to aid spinners from start. 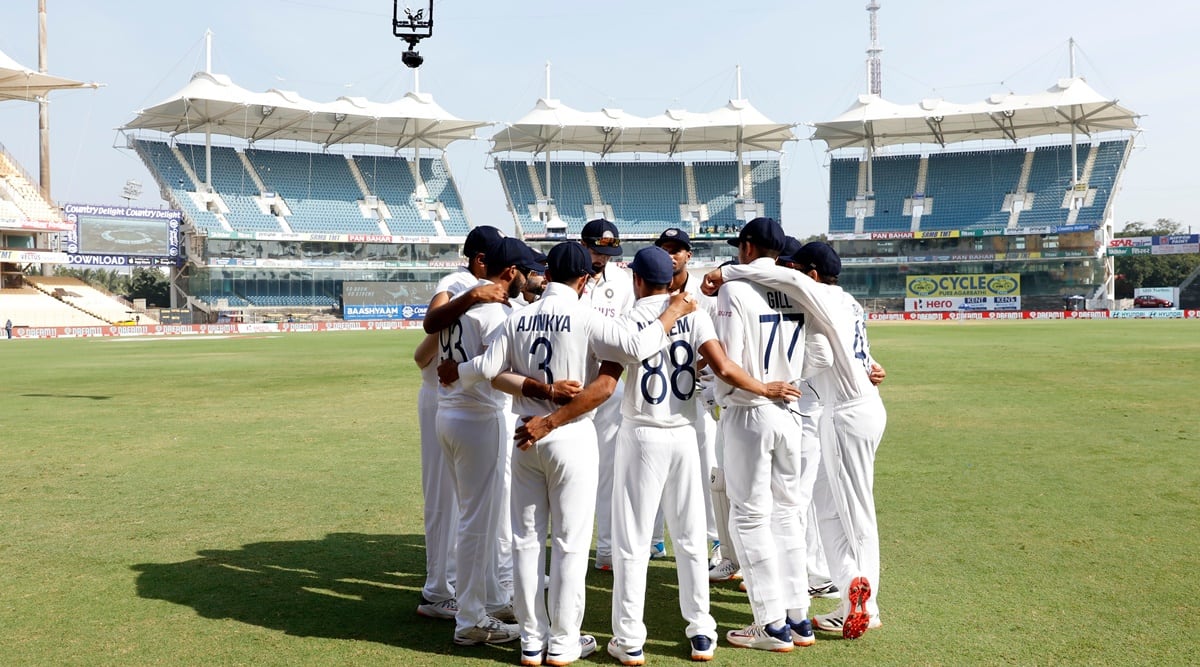 “Yeah, it (pitch) looks completely different. I am sure it will turn from Day 1 but again, as I have said before the first Test match, you have to wait and see how it plays in the first session and take it from there on,” Ajinkya Rahane said at the pre-match press conference.

Will the Chepauk pitch for the second Test live up to the Indian team management’s expectations? One has to wait and see, but the hosts are no longer taking the surface out of the equation. Under pressure, they are seemingly falling back on their age-old formula of spinning out opponents on turners.

There’s no harm in maximising home advantage. Then again, this Indian team has often bragged about never being bothered by conditions, home or away. “Our philosophy has been bhaad mein gaya pitch (to hell with pitch),” head coach Ravi Shastri had said a couple of seasons ago, after winning a home Test series against South Africa. A brilliantly-prepared England appears to have shaken the confidence.

A further probe would reveal that over the past few years in home series, India have embraced the template of spin-punch on square turners every time they were under pressure. In 2016, after England finished the first Test in Rajkot stronger on a very good pitch, India played on a turner in Vizag, winning the second by 246 runs. Not that the Indian batsmen scored en masse in that game. Centuries from Cheteshwar Pujara and Virat Kohli, and a cameo from Ravichandran Ashwin in the first innings proved to be the difference. Indian spinners out-skilled and out-bowled their English counterparts in a 4-0 series win. Rajkot had triggered the ‘spin aggression’.

Something similar happened a year later, when Australia won the first Test in Pune. In fact, it was a case of a rank-turner backfiring and little-known Steve O’Keefe trumping Indian spinners. Normality returned thereafter through India’s 2-1 series victory.

Joe Root’s England are brilliantly prepared this term. Also, they have found a chink in India’s armour. Usually at home, India choke their opponents with relentless spin from both ends. But Ravindra Jadeja’s injury has created a hole, putting pressure on Ashwin to singlehandedly carry the team’s spin attack. It made England’s job a lot easier in the first Test, especially on the first two days when the pitch slept. Root and Co wore down Ashwin and capitalised on the profligacy of Shahbaz Nadeem and Washington Sundar. Axar Patel is fit and will replace Nadeem for the second Test. Style-wise, Axar is the closest Indian cricket can offer as Jadeja’s replacement at the moment. But the 27-year-old is yet to play Test cricket and his effectiveness at this level remains unknown.

Kuldeep Yadav for Washington would be an attacking option, provided the chinaman bowler is making the ball zip off the surface. The change, though, is fraught with risk. For seven Tests on the bounce now, India have failed to post a 400-plus total in an innings. Time and again, they have been bailed out by the lower-middle order, be it the partnership between Washington and Shardul Thakur in Brisbane or the former’s classy 85 not out in the first innings of the first Test here. Kohli has made it clear that the team wants bowlers who can contribute with the bat as well. It would be difficult to replace Washington without upsetting the team’s balance. Making task tougher for themselves

Fielding regression and a lack of bowling discipline have made matters worse. A total of 31 catches went down in Australia across formats. That India still fought back to get the better of the Aussies in their backyard spoke volumes for the team’s resolve and strength of character under Rahane’s captaincy. What happened in Australia, however, was a departure from the normal. Also, Australia were equally loose on the field. In the first Test, a tight run-out opportunity very early into Root’s innings on the first day followed by a couple of lives to Ben Stokes proved costly. England, on the other hand, put on an exhibition of stunning catches; from Root to Stokes and James Anderson. Over the two innings in the first Test, India also bowled 27 no-balls.

About no-balls, India’s vice-captain stayed away from public criticism of the bowlers. “We all were disappointed about the no-balls and they are working really hard.”

England showed in the first Test that they were ready to turn the slightest opportunity to their advantage. Irrespective of pitch conditions, India will have to be on top of their game. This Indian team is pretty good at coming back from reverses, but going by the tourists’ performance in the series opener, this time they probably have met their match.

Meanwhile, as Root said, England would be making four changes – Jos Buttler, Dom Bess, Anderson and the injured Jofra Archer to be replaced by Stuart Broad, Ben Foakes, Moeen Ali and Olly Stone or Chris Woakes. A rank-turner can excite Moeen. The off-spinner’s record against India – 41 wickets in 12 Tests, including two five-fors – is a good indicator.