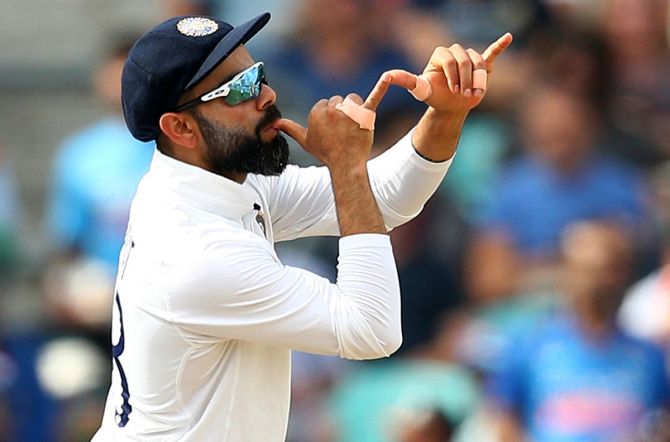 BCCI vice-president Rajeev Shukla dismissed reports that Virat Kohli will step down as India’s ODI and T20I captain after the T20 World Cup in October-November.

BCCI sources told Times of India that Kohli, 32, is learned to have taken the call to share leadership responsibilities with Rohit.

‘Current captain Virat Kohli is likely to step down as the white ball (ODI & T20s) captain after the T20 World Cup in October-November, paving the way for Rohit Sharma to take up the responsibility,’ said a report in the Times of India on Monday.

However, Shukla said there have been discussions in the BCCI on the issue of captaincy.

“There is nothing to this rumour. Also, let’s focus on the T20 World Cup rather than playing soothsayer and predicting the future. There have been no talks on split captaincy,” he said.

“As long as a team is performing while on the crease, the question of change in captaincy doesn’t arise,” Shah told The Indian Express.

It is learnt that Kohli has had prolonged discussions with Rohit and the team management over the last few months on the captaincy issue.

Kohli believes that his batting needs more time and greater impetus looking ahead at two World Cups — T20I and ODI — in 2022 and 2023 respectively.

Kohli’s below-par record as captain in the ICC events has been a cause of concern for the BCCI, while Rohit has led Mumbai Indians to five IPL titles.