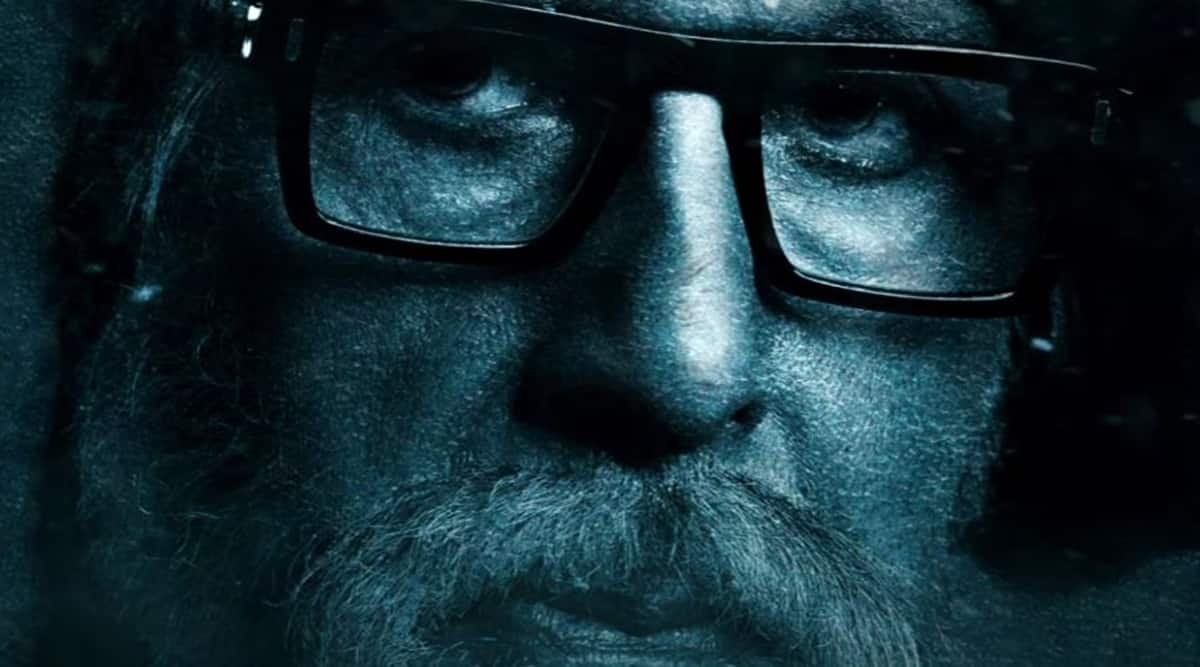 The first teaser of Amitabh Bachchan and Emraan Hashmi-starrer Chehre is out. The 45-second video offers a glimpse into the kind of drama one can expect from this Rumy Jafry directorial.

As soon as the clip begins, one hears Annu Kapoor’s voiceover about how there is no man in the world who can claim he has done no wrong. The blue-grey background fades to reveal Emraan’s face as we hear him speak about the concept of honesty and dishonesty in this big, bad world.

Finally, we see Big B’s larger-than-life frame take over the screen as he says, “Hamari adaalaton me justice nahi, judgement hota hai. Insaaf nahi, faisla hota hai (In our courtrooms, we deliver judgements, not justice. In those rooms, we don’t mete out justice, but only announce decisions).”

By the looks of it, Chehre appears to be a courtroom drama starring some of the most well-known names of the industry. Bankrolled by Anand Pandit and also featuring Annu Kapoor, Raghubir Yadav, Krystle D’Souza and Raghubir Yadav in significant parts, Chehre will release in theatres on April 9 this year. Rhea Chakraborty, who was a part of the film, does not feature in the star cast anymore. The actor has been missing from posters and other movie related updates.

Apart from Chehre, Bollywood superstar Amitabh Bachchan has a slew of projects lined up for release. The actor will also be seen in Ranbir Kapoor and Alia Bhatt fantasy drama Brahmastra and the Nagraj Manjule film Jhund. Meanwhile Emraan Hashmi was recently seen in a T-Series music video titled “Lut Gaye.” He also has the gangster drama Mumbai Saga, Sanjay Leela Bhansali’s Gangubai Kathiawadi and Ezra in his kitty.