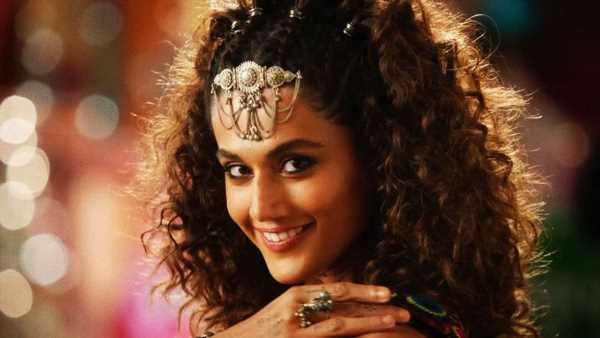 ‘I just want to up my own timing. That’s the only reason I’m running.’
‘I’m not thinking of who is doing what films and if I am better or worse.’
‘I just want to better what I have done before.’

After a successful stint down South, Taapsee Pannu flagged off her Bollywood career with the contemporary remake of Sai Paranjpye’s Chashme Buddoor caught everyone’s eye in Baby and flirted with a PINK.

But today, the feisty actress, who refuses to be put in a box or tied down by conventional beliefs of what a woman should and should not do, has made a niche for herself in a industry where equations change every Friday.

So her films like Mulk, Badla, Saand Ki Aankh, Manmarziyan, Thappad and Haseen Dillruba are similar in that they are so different.

They don’t follow any formulae, they don’t conform to the conventional image of the holier-than-thou heroine and most importantly, they give her a chance to discover and rediscover herself.

Continuing on this path, Taapsee is out to challenge an archaic sex test that has ruined the careers of many promising athletes, put her weight behind the women’s cricket team and its endevour for an equal playing field, chosen to remake a cult classic and turned producer with a film in which she plays a woman who is slowly losing her sight.

“Every time I do a film like Rashmi Rocket, Shabaash Mithu or Loop Lapeta, there’s always a point during the making of the film when I have sat and asked myself why the hell do I do this to myself. Why do I put myself in situations which leave me just so exhausted? But then, I look at my reflection and motivate myself by saying, ‘If not you, then who?'” she tells Rediff.com Senior Contributor Roshmila Bhattacharya.

Your first challenge while playing an athlete in the sports drama,Rashmi Rocket, must have been fitness, right?

I knew if I could get through that, half the task of being Rashmi would be done successfully. It was with that zeal that I approached the role.

For me, sports stars are the real heroes.

I have always looked up to them, been in awe of them.

So I kept the pressure on myself all through the film, knowing that I couldn’t let down an athlete, especially not a female athlete.

This being the first film on a track and field athlete, and I gave it all I had.

I did all that I could possibly do.

Well, since the prep was very organic, I turned my lifestyle upside down.

My body type and daily routine changed, and it wasn’t temporary.

A lot has changed permanently in my life since I started Rashmi Rocket. And I’m glad it has because my stamina and strength have improved.

A certain discipline has come into my life.

I’ve always admired well defined muscles and had dreamt of having them. (Laughs) Thanks to Rashmi I got to fulfill my dream while being paid for it. 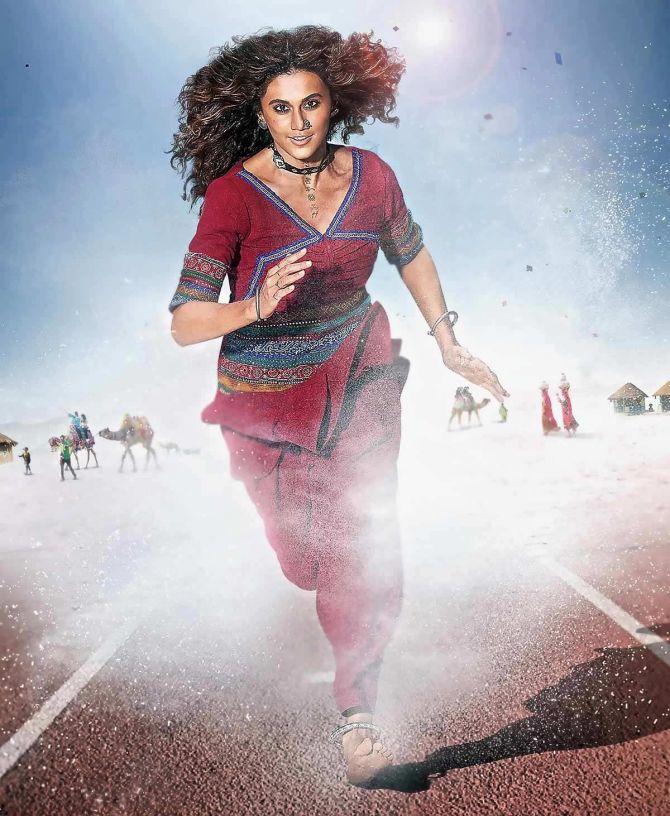 You aren’t playing just another athlete in the film but one who is forced to go through what they call a sex test, after which questions are raised about her even being a woman. How tough was that?

Whenever I do a film that touches on a particular issue, I force myself to believe that I’m the one who is going through it all. That’s my process as an actor.

In this case, I had to channel that part of myself which had grown up being called a tomboy because unlike other girls my age who were fine with playing indoors, I would rather play an outdoor sport with the boys.

It didn’t help that I didn’t dress conventionally.

When I learnt to ride a bike pretty early in life, that was a problem as well.

I have gone through a lot in my own life too.

I was also being questioned, albeit indirectly because I did not fit into a box of womanhood which had been designed for me by society.

I projected the battle I had been fighting till I had reached a breaking point and decided that I did not want to fit into this box anymore.

But being a part of a glamour industry, wasn’t there the need to fit into a particular image?

There was, at the beginning of my career when I was meeting a lot of people in an attempt to get work.

That’s when I heard a lot of free advice on what kind of work one should do.

A glamorous role… Films with a certain kind of hero… One dance number that would make one an aspirational diva, a heroine everyone would fantasize about.

I was even advised on how to dress when I stepped out, told to do a certain kind of photo shoot and only put out those pictures. 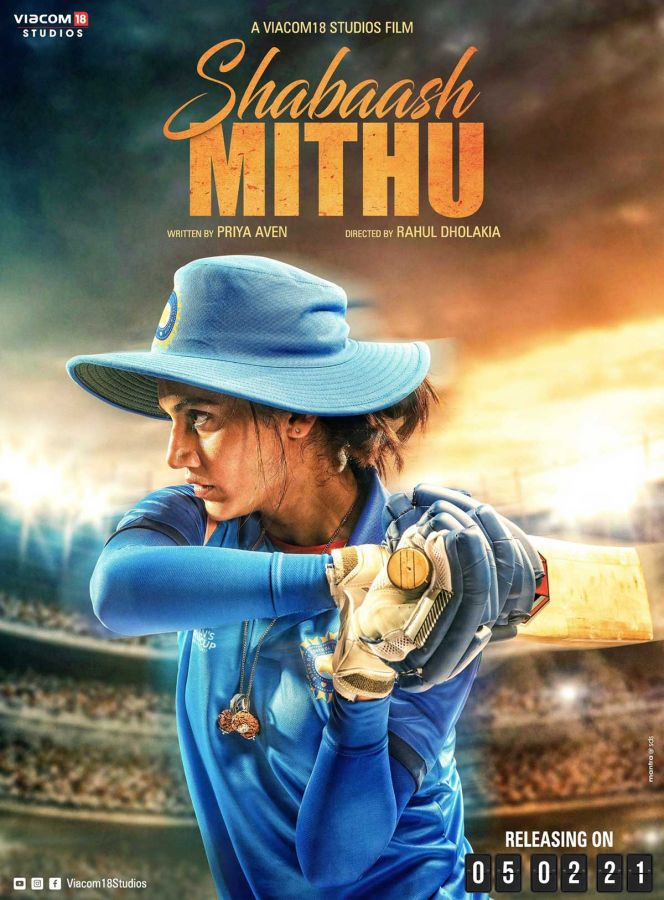 How did you react to these pointers and pressures?

I succumbed to them in the beginning, probably because I didn’t know better.

It was only when I failed to live up to these yardsticks that I told myself, ‘Okay, this is not happening, I’m not getting it. Rather than keep trying and failing, let me do what gives me happiness.’

But girls coming in even now are told they need to project themselves in a certain way and do certain kinds of movies.

So many of my contemporaries are still trying hard to get into that hotshot bracket even when not it’s not their forte because they are constantly being told that if they don’t look hotshot, they can’t become a mainstream actress.

Rashmi Veera is a fictitious character but Mithali Raj whom you are playing in Shabaash Mithu is a real person. The captain of the national women’s cricket team, she’s just become the world’s highest run scorer. Has that upped the expectations?

Yes it has, and rightfully so.

It’s not a role that should come with any less expectations.

I had never held a bat before I started training but I’ve been pushing myself to the maximum limit since.

I want to give the role my best shot because Mithali is not just another character. 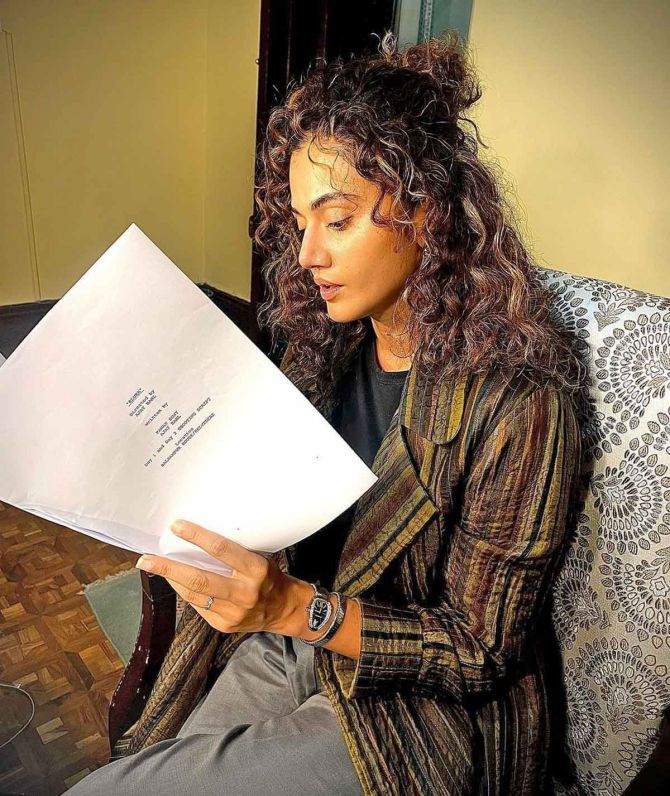 You have jumped into production, blindly so.

Playing a blind person is the biggest challenge for any actor…

Actually, my character in my debut home production, Blurr, is not completely blind though she eventually reaches there.

I was grappling with progressive blindness and that is more difficult than playing a blind person.

You have completed Loop Lapeta, the official Indian remake of the German cult film Run Lola Run. What makes you take up the challenge with every film?

I don’t want to race with competitors, I just want to up my own timing. That’s the only reason I’m running.

I’m not thinking of who is doing what films and if I am better or worse.

I just want to better what I have done before.

I pick up unexpected genres and exciting stories where I, myself, don’t know how to go about things.

In the process, I bring something new to the screen.

But yes, every time I do a film like Rashmi Rocket, Shabaash Mithu or Loop Lapeta, there’s always a point during the making of the film when I have sat and asked myself why the hell do I do this to myself.

Why do I put myself in situations which leave me just so exhausted?

But then, I look at my reflection and motivate myself by saying, ‘If not you, then who?’ 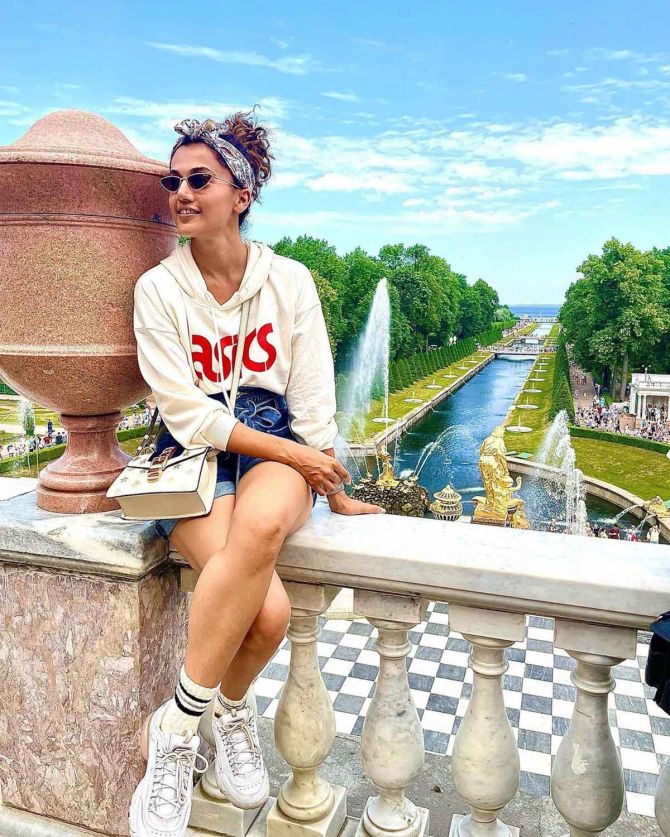 You’ve always tried to grab a vacation between projects. The last one was in Russia. Where are you off to next?

I really want to visit another European country.

I love Europe and haven’t been able to go there for a while now.

It will either be Europe or an African Safari.

I hope travel restrictions are eased soon for me to snatch a quick getaway. 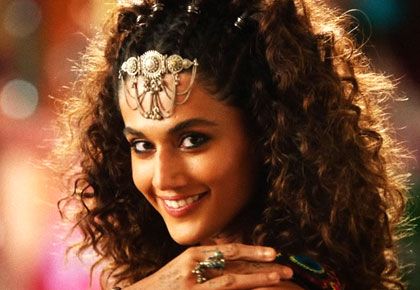