Shweta Tripathi's next is the highly anticipated second season of Amazon Prime Video's Mirzapur, which will see her character of Gajgamini "Golu" Gupta become more prominent. Pandemic or not, Shweta Tripathi Sharma is having a great year with back-to-back critically-acclaimed projects and that’s highly fulfilling for an actor who says her dream is to travel the world and different film festivals as a storyteller.

Shweta featured in Netflix projects Raat Akeli Hai and Cargo, shot a series The Gone Game for Voot while still in the lockdown and now awaits the highly anticipated second season of Amazon Prime Video’s Mirzapur that will see her character of Gajgamini “Golu” Gupta become more prominent.

“There was Raat Akeli Hai and then from home, I shot a lockdown series ‘The Gone Game’, which also received great reviews. I keep saying ‘touchwood’.

“I have started practising a lot of gratitude and saying thank you to the universe. And now on October 23 I am waiting for something that’s very close to my heart, Mirzapur season two,” the actor told PTI in a telephonic interview.

Shweta is one of those rare actors to escape being stereotyped in the film industry thanks to her varied filmography that includes Hindi titles such as Masaan, Haraamkhor, Gone Kesh and Tamil film Mehandi Circus.

The actor said she is happy but not complacent about the way her career is panning out.

“I want to travel the world to different film festivals. That’s my goal. I want not just to collaborate with the writer-directors of my country but get a chance to showcase my stories, my art in every corner of the world. I feel I’m here on this planet to be a storyteller, to feel emotions,” she said. Cargo, Shweta said, was special because it is a character that debutante director Arati Kadav wrote keeping her in mind.

Describing her meeting with Kadav as “literally love at first sight”, Shweta said they both knew they will work together some day and as luck would have it, the director ended up envisioning a character for the actor in “Cargo”.

The film is set in a spaceship where souls of the deceased are readied for reincarnation by its lone crew member, Prahastha (Vikrant Massey) but his rigid existence is disrupted by a spry new assistant, played by Shweta.

Cargo has been hailed for ingeniously marrying the genre of sci-fi with Indian mythology to explore existential questions.

Having seen Kadav’s struggle to get the film on its feet, the actor said good reviews feel like the director’s hard work has finally paid off.

“It is incredible to be a part of a film that is so path breaking. Making a film is not easy when you don’t have any backing. I know her journey and it has not been easy.

“She left her job as a software engineer to make this film and worked on it while taking care of her young daughter. You enjoy working with people who give their heart and soul to a project.”

Shweta describes her character of Yuvishka Shekhar close to who she is in real life, someone who would not leave any chance to make people smile.

“Arati’s daughter is also named Yuvishka, which is why it is more than a film for me because if someone names your character after their daughter, it is a big deal for me.

“During the shoot, Arati even said that she felt like she had two daughters. Having such moments while working on the film is better than an award. It makes being an actor, working with a debutant director, working in an indie film where the last priority is money… everything worth it.” 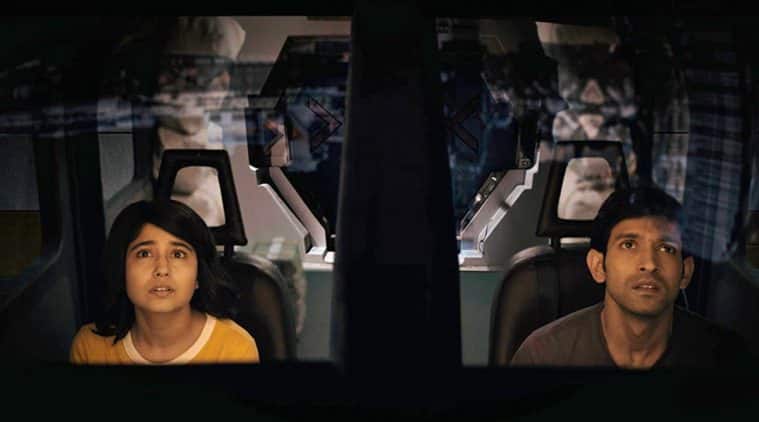 Shweta said she considers herself to be lucky for first-time directors.

“I would like to believe that I’m a lucky mascot for first-time directors because most of the debut directors I have worked with whether it was Haramkhor, Masaan, Gone Kesh, my Tamil film Mehandi Circus, Cargo or Raat Akeli hai. I feel happy about that.”

Asked whether it was not more risky to be involved with projects by debutant directors, Shweta said she concerns herself only with her role.

“As an actor how a film does is not my department. I simply focus on giving my best to my character. Even during Masaan, it was important for me that I manage to achieve the vision that director Neeraj Ghaywan and writer Varun Grover had for Shaalu. That’s all that matters to me because nobody knows the fate of a movie.”